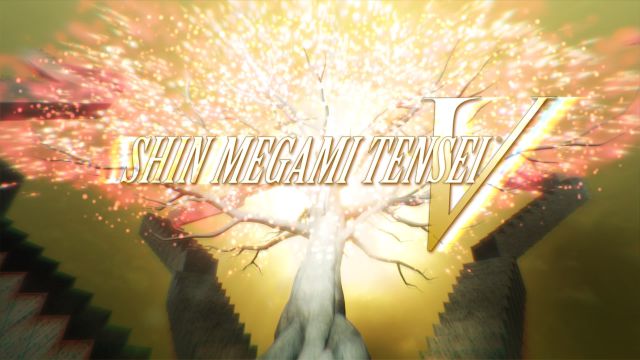 Shin Megami Tensei V: We analyze the expected game of Atlus, the fifth installment of the main megaten branch to which Persona, Digital Devil Saga and other successes of the Japanese company belong. Seven years have passed since the appearance of Shin Megami Tensei IV on Nintendo DS (less if we consider Apocalypse, although for all intents and purposes it is an alternate version rather than a main installment) and about fourteen years since the last main entry on a console of table (Shin Megami Tensei III on PS2). The Megaten fan, as the Atlus saga is affectionately known, has been well served thanks to the strength of Persona but it is true that it has been a long time since the root on which everything rises expanded with a sequel, and there was a desire for it. It does so exclusively for Switch, an ideal platform for a long and dense JRPG like this one, thus adding a new high-karat title to a library that already accumulates a good collection of them.

As it is possible that the reader is more familiar with Persona than with SMT and in order to establish some foundations to better understand this title, we will draw some comparative lines between the two in pursuit of clarity (and it will be the last time in this text Let’s talk about the spinoff, a little patience to old-school fans). Although there is a universe, ideas and mythologies shared between both series, the main saga has its own idiosyncrasy that should be taken into account if you arrive from Persona and expect to find something similar, since you can get more than one frustration.

Welcome to the apocalypse

One of the fundamental differences that distinguish between both series is that if in Persona we try to stop the end of the world, in the main saga we are already in it and what we have to deal with is the consequences of it. If in Persona we dance between everyday reality and the supernatural that threatens it from the shadows, in Shin Megami Tensei the supernatural has exploded in our faces and forces us to play a role in a conflict of biblical proportions (pun intended). We are in the great leagues of the divine, trapped in eternal conflict between order and chaos and with the destiny not of humanity, but of reality itself in our hands. No, we don’t have time to do high school homework.

So no life simulation elements, no activities to raise your social status and absolutely no looking for the love of your life or looking for unforgettable memories with your friends. SMT is a traditional JRPG, in which we will spend most of our time fighting enemies and optimizing our team of demons to overcome the different challenges that lie ahead. The tone of the story is much more gloomy, serious and focused, we will not be constantly having dialogues nor is there a large cast of main or secondary characters. Let’s say that if what you like about Persona is the fighting (but with more difficult encounters) and the supernatural aspect of its plot, the main branch of Megaten is for you.

Nier Replicant: Modders Fix Bug of 60 Fps in The PC...