Home Entertainment Shin-Chan For Nintendo Switch, Getting Closer To Spain 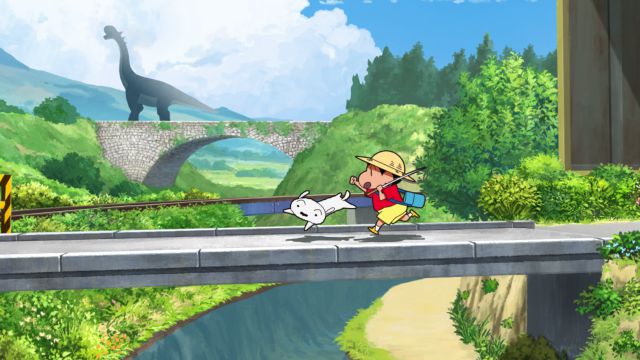 Nintendo Switch: The new Millennium and Neos Corporation game has “good prospects” for its future arrival in our country, says Luk Internacional. Shin-Chan’s game for Nintendo Switch that we met during the Japanese Nintendo Direct last February, Crayon Shin-chan: Ora to Hakase no Natsuyasumi – Owaranai Nanokakan no Tabi, is getting closer and closer to confirming its location in Spanish territory. Paco Gratacós, president of Luk Internacional, has indicated during the question and answer session a direct broadcast on the character’s official YouTube channel that “there are very good prospects” in this regard, but that “for now it is top secret.”

Luk International anticipates news of Shin-Chan for Nintendo Switch in a few months
“Is anything known about the arrival of the new video game in Spain?” Said the question asked in the chat, advanced by JuegosADN. “Yes that is known, yes”, begins indicating Gratacós convinced. “What happens is that at the moment it is top secret; but there are very good prospects and I believe that possibly in a few months there will be very good news ”, he underlined with a smile. “I just can’t say more things,” he finishes.

His encouraging comment invites us to read between the lines, but we must be rigorous for the moment: Luk International has not confirmed at this time that Crayon Shin-chan: Ora to Hakase no Natsuyasumi – Owaranai Nanokakan no Tabi will be released in Europe; although the perspective is that, if nothing goes wrong, it will. Other details that are surely being debated are its possible location, edition, distribution … Slow processes that always accompany these adaptation processes of Japanese products, especially when there are so many licenses and intermediaries on the way. His author, Kaz Ayabe, already indicated on Twitter months ago his interest in taking the game to western lands.

Crayon Shin-chan: Ora to Hakase no Natsuyasumi – Owaranai Nanokakan no Tabi has been available since last July exclusively for Nintendo Switch in Japan. The title is, like any other Boku no Natsuyasumi, a summer vacation adventure in which every day we have different missions, tasks and freedom to spend hours fishing, dancing, catching the net, capturing critters to capture them all … A title contemplative, calm, with cultivation and nature activities; costumbrista and social.

HBO Max: All movies and TV series will be released in...