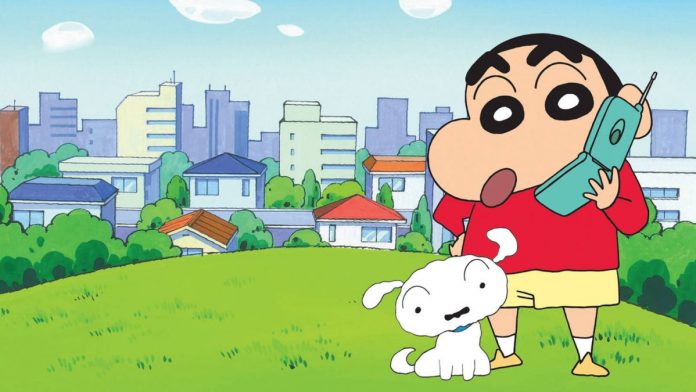 After the success of the series in Spain, Atari Europe opted for a game unprecedented in the rest of the West: Shin-Chan’s first game outside of Japan.

February 17, 2021, the first Nintendo Direct ends in a year and a half. About thirty ads, verified opinions and, as usual, messages of all kinds in forums and social networks. Twitter’s Trending column featured names like #NintendoDirect, #SkywardSword, and… #ShinChan? Indeed, Shinnosuke Nohara, the icon of a whole generation of Spaniards born in the late nineties and early this century. There was a video game that the world did not see in that Nintendo Direct, but was only shown in the Japanese broadcast of it: Crayon Shin-chan: Ora to Hakase no Natsuyasumi – Owaranai Nanokakan no Tabi.

Today we are talking about the importance of Shin-Chan in Spain and how that success led to the location of an original Japanese video game exclusively in our country: Shin-Chan: Adventures in Cineland.

Where does Shin-chan’s new game come from?

From now on referred to as “the new game of Shin-Chan”, we are facing a new installment derived from the Boku no Natsuyasumi series, by Kaz Ayabe (also author of Attack of the Friday Monsters, a tender hidden work from the Nintendo catalog 3DS). Translated as “My Summer Vacation”, this series of Millenium Kitchen titles are closely related to their author, a personality capable of transmitting what we have seen and read in many anime and manga series; With the exception that you are in charge here, player, and you have only one claim: to let yourself go.

The premise is very simple: you are a young man of just nine years old, your mother is about to give birth and, therefore, you are about to be a brother. That’s when they take you to your uncle’s town, somewhere in northern Japan, and your adventure begins on August 1, 1975, with all that that implies. The house, away from everything, is supplied by a very agrarian and natural life. Your 31 days of summer vacation begin. It is time to go out and investigate; hunt critters with a net; go to the river and just wash your face; celebrate having food for lunch and dinner with your family. And, when night comes, to bed, that tomorrow will be another day.

Pack Your Wallet: GTA: The Trilogy Could Cost Over $ 70