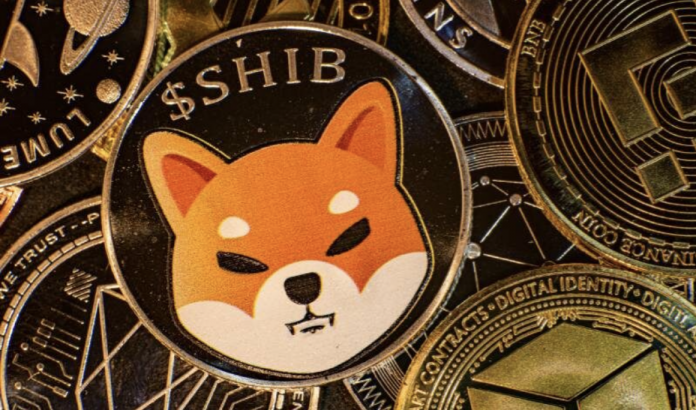 Shiba Inu (SHIB), which reached a new record level with $0.00004447 today, was by far the most traded cryptocurrency on the stock markets.

As of 15.45 CET, 35% of the total transaction volume on Coinbase is SHIB alone. The closest cryptocurrency to it is Ether with 13 percent. The situation is no different with Binance. In this stock market, SHIB is at the top with 7.5 percent, followed by Bitcoin with 3.20 percent.

With the recent rise and the new record, SHIB’s share in the market increased to 0.7 percent. On the other hand, SHIB became the most used token on the Ethereum network after Tether USD. Data over the last 24 hours shows Shiba in second place with 36,72 unique senders. While this figure is 59 thousand 366 in USDT in the first place, it is 26 thousand 345 in USDC in the third place.

According to the data shared by Coinbase, Coinbase customers who have increased or decreased their net positions in SHIB in the last 24 hours, 73 percent were traded in the direction of buy. Increasing purchase data is seen as a clear sign that the asset’s popularity is growing.

The most important factor fueling all this price action and interest in Shiba Inu is the possibility of Robinhood, one of the most popular trading platforms, to list Shiba. “Have you purchased any of the following cryptocurrencies in the last three months?” It was learned that he asked a question in the form of a question and included SHIB here along with a few other cryptocurrencies. Public.com, which is seen as a rival to Robinhood, recently started to list SHIB. Meanwhile, Robinhood CEO Tenev glossed over the question asked about whether to list SHIB in the broadcast he attended on CNBC. The Change.org campaign, which was launched to list the cryptocurrency on Robinhood, has reached 300,000 signatures as of today.

With a market cap of $20 billion, Shiba Inu is the ninth largest cryptocurrency by market cap, excluding stablecoins USDT and USDC, according to CoinGecko data. In this ranking, Dogecoin is above Shiba Inu. Although it may seem difficult for SHIB to surpass DOGE in the short term, with a market capitalization of $34 billion, the cryptocurrency market has the potential that everything can change at any moment.

It’s Now Possible To Enter A Restaurant With A Shiba Inu!

US Department of Justice Bitcoin Statement! Here are all the details...