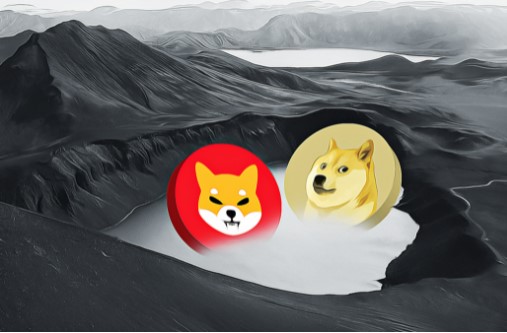 Cryptocurrency investors are nervous, especially meme token investors are getting more worried about the direction of the price. Meme tokens such as SHIB and Dogecoin have brought serious gains to their investors in the past year, but it is possible that these cryptocurrencies, which have risen by throwing zeros one by one, lose their value at the same speed. So what awaits investors in the short term?

SHIB, which became popular last April, has come to this day by reducing its eight zeros one by one. However, investors can also experience losses at the same rate. Moreover, there are too many whales buying at $0.000009 levels. If he gets another zero per price, big investors who want to cut their losses can start heavy selling. In this scenario, SHIB will suffer very serious losses.

DOGE investors have not smiled since the SNL Show in May. Elon Musk created the expectation of 1 dollar for the price and again turned it upside down with his own hand. At the time of writing, DOGE is selling for $0.118. On the four-hour chart, the RSI is in the 34 region and the MACD has been negative for a long time, below the 200-day moving average ($0.145).

The next critical support zone will be 0.116. If this level is also lost, Dogecoin will risk falling to single digits on a cent basis. Supports 0.1239 and 0.13 respectively need to be regained. The bottom support we talked about today has been tested and the price has returned from here. Time is running out for Dogecoin, which entered a new downward trend on February 8. In the scenario where Bitcoin falls below $ 30,000, investors may encounter prices such as $ 0.08.