Home Crypto Shiba Coin and Dogecoin Reviews: These Meme Tokens Are Separated From The... 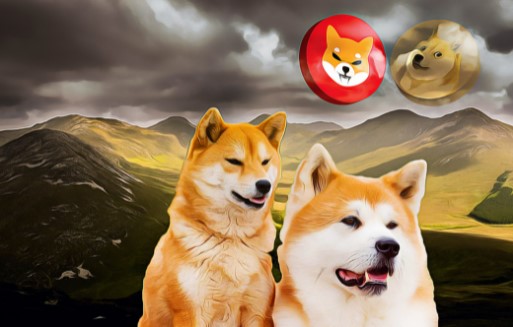 The cryptocurrency market is moving relatively stable today after the last drop. We can state that relatively stable graphics are seen in meme tokens such as Shiba Inu (SHIB) and Dogecoin (DOGE) like the entire market.

Dogecoin, the biggest joke coin in terms of market value, is trading at $0.11 as of the writing of the article. While DOGE has been drawing a stable picture in the last 24 hours, it is seen that it has regressed to the 13th largest cryptocurrency position in terms of market capitalization.

DOGE, which is trading approximately 25% below its price 1 week ago, is also trading approximately 85% below the ATH price of 0.73 dollars. While analysts state that it is important for DOGE not to lose the $0.10 support, it is thought that the meme token will move with the market for a while.

In addition, Shiba Inu, the second largest joke coin in terms of market value, is also trading at $0.000022 as of the writing of the article. Unlike DOGE, SHIB did not progress stably within 24 hours and experienced a regression of over 3%.

According to analysts, the overall cryptocurrency market must recover for the Shiba Inu to rise. Also, the meeting of Turkish Economy Minister Mustafa Elitaş with the Turkish Shiba Inu community on March 9 drew attention.

Latest situation in other Meme Coins

In general, meme tokens are either falling or displaying a stable outlook with the entire market. However, in the last 24 hours, 10% of Shibavax (SHIBX), 5% of DogeCola (DOGECOLA), 13% of Baby Moon Floki (FLOKI), 10% of Son of Doge V2 (SODV2) and Shiba Girlfriend (SHIBGF) has increased by 20%.

In addition, we can state that meme tokens such as Dogelon Mars (ELON), Hoge Finance (HOGE), MonaCoin (MONA) and SafeMoon Inu (SMI) move with the market.