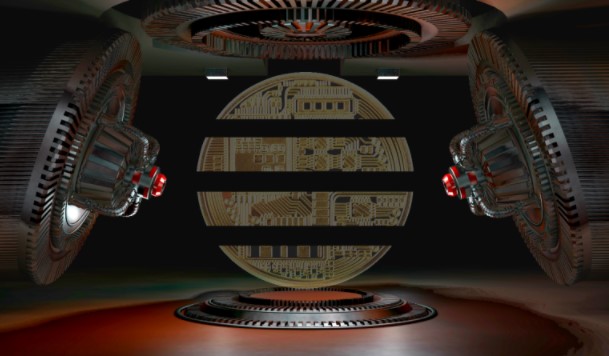 Next levels for SHIB

The Shiba Inu is up 25% as it regains its key support level. Shib price broke above the $0.0000225 barrier to rise higher. This recovery will likely reach $0.000283 for SHIB holders, a 25% increase. A four-hour candlestick below $0.000202 will invalidate the bullish argument. The Shiba Inu price is down about 38% since the February 7 high of $0.000352. During this time, the decline was accompanied by a narrowing of the range. Despite the drop in SHIB price, the meme token has tagged the $0.0000223 support level three times and briefly pushed it below the last two times.

The recovery above this barrier is likely to result in an uptrend that could boost the Shiba Inu price by around 25%. This move will allow SHIB to tag the weekly resistance barrier at $0.0000283. Conservatively, this is where the upside will limit for the Dogecoin killer, in a highly bullish situation, it could see Shiba Inu price tagging the next hurdle at $0.0000327, taking the overall upside to 45%. A four-hour candlestick below $0.000202 will invalidate the bullish thesis for Shiba Inu price. Such a move would pave the way for SHIB to retest the nine-hour demand zone stretching from $0.000193 to $0.0000158.

DOGE price action received a definitive rejection from the negative headlines at $0.1197, with the green ascending trend line and this intermediary upper line proving too large for the bulls to overtake. Instead, the price action has returned to the entry level and looked heavy and flabby, as if it was ready to drop to the downside at any moment. A possible downside target is $0.1137 and the latter triple bottomed at $0.1100. But there is also the risk of further breakout to the downside if more tails risk materializing.

When the US session takes over, investors may look beyond these very short-term headlines to see them as partial disappointments before continuing. This would mean an increase in the buy rate, which could lead to an upside blow to $0.1197. This, according to the analyst, will open the door to $0.1242 on the day and likely retrace for $0.1357.

Bitcoin price drops after rejection at $41,756.61, support at $40,000 could create a bounce to $45,000 next week. Bitcoin price, Ethereum and other cryptocurrencies are in profit mode after a violent belated relief rally. Bitcoin price rejection at $41,756.61 could scare away investors. Bitcoin (BTC) price action broke a hole in the bearish defensive wall by breaking above the 55-day Simple Moving Average (SMA) and the $39,780.68 level that capped price action. With a clear close above these barriers, this area is now under the control of the bulls.

As peace talks continue, even more detailed and pointing to a possible breakout in the near future, BTC price action will break $41,756.61 before the end of the week. Expect a break above the $41,756.61 dotted line mentioned earlier this weekend and open the area towards $45,000.00. The only level on the way is at $44,088.73, which will be a tough nut to crack, as the bears will want to keep the downtrend intact and not let the price action get too high for now.

What will be the impact of the Fed’s decision?

Dollar weakness is also helping after the FOMC offered relatively dovish forward guidance. This rhetoric could change once the situation in Ukraine is resolved and the FED will have its hands free to intervene more hawkishly. This could drag investor sentiment as it will make fixed income more attractive as a return on investment against the uncertainty of stocks and cryptocurrencies. In this case, expect traders to escape the Bitcoin price action, leading to a drop to 2022 lower levels of $38,073 to $36,709.

However, Ethereum bulls may hesitate and fail to step up to the 55-day SMA, which could trigger panicking among bull camp sets to take more profits. This sees a spiraling back to $2,695. and dual bandwidth is $2,682.70, which is normally enough to withstand any downside pressure. However, on the downside headlines to coincide with the move, we expect to see a drop lower to $2,500.00.

Ripple’s (XRP) price action has given the markets a clear bullish signal after the bulls closed comfortably above $0.7843. With this kind of bullish rhetoric, markets are now looking to test how strong this bull run is with a slight bearish and the closest support level since the bullish price action from Wednesday. Fed chairman Powell helped the markets a little by raising interest rates dovish.

Expect further gains when it becomes clear that the bears are not matching the number of bulls waiting to buy and defend the price action as it approaches the first available support. $0.7843 for Ripple price action is perfectly adjusted for a bounce near $0.8390 in the US. Again, expect a punch at this level with a one-day close. This sets the scene on Friday, with a support test at $0.8390 followed by a hit at $0.8791, marked on the charts, followed by the 200-day SMA attack next week.

With the Fed statement yesterday, there is a risk of open tails as the central bank could accelerate policy tightening. This will weigh in on investor sentiment and see the XRP price action turn into a bearish and investors pull back. In such a case, expect a drop to the green ascending trendline around $0.78 and possibly even a drop to $0.73; here the 55-day SMA will kick in and catch the falling price action.

Today is the Critical Day for These 17 Altcoins: Here’s What...

The Levels That Shiba Inu Will See Year By Year Have...