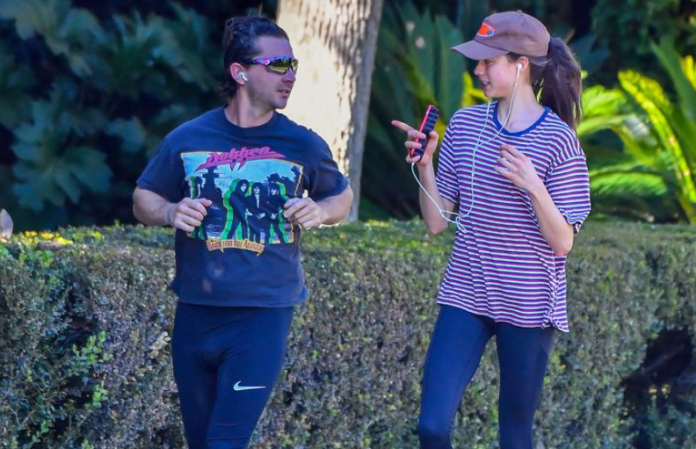 What’s going on between Shia LaBeouf (34) and Margaret Qualley (26)? The two actors caused a sensation a few days ago. The reason: Paparazzi shot spicy photos of the two when they kissed stormily at an airport .

The pictures are doubly astonishing, as it was not previously known that they are romantically involved and the Transformers star is currently confronted with allegations of abuse from various ex-girlfriends. After their smooch premiere, the two lovebirds were photographed together again.

Paparazzi caught Shia and Margaret out for a jog in Pasadena, California. The daughter of Hollywood star Andie MacDowell (62) wears a striped T-shirt and a baseball cap, while the 34-year-old can be seen in a band T-shirt and sunglasses. During the running session, the supposed couple apparently didn’t talk to each other much, because both of them have headphones on. Incidentally, the duo is said to have got to know each other during a music video shoot of Margaret’s sister Rainey – and apparently the two got closer afterwards.

Almost two weeks ago , Shia was caught by snapshot hunters jogging through Pasadena . At that time the “Nymphomaniac” actor was traveling alone, neither the 26-year-old nor his dog had accompanied him.