Home Entertainment Sherlock Holmes: Chapter One – Pc Review. The Origins Of The Detective 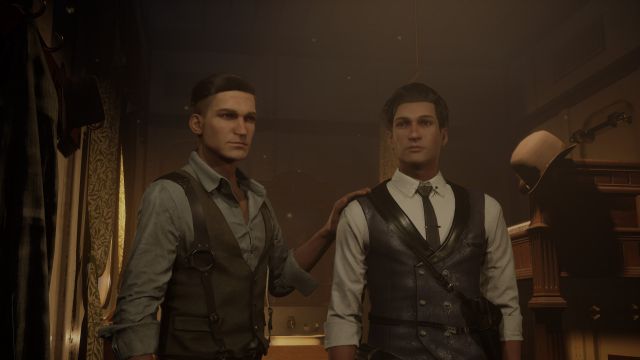 Sherlock Holmes: Chapter One: We analyze Sherlock Holmes: Chapter One, the new detective adventure starring the famous character of Sir Arthur Conan Doyle.
Last June we published our impressions after playing the first two hours of this Sherlock Holmes Chapter One, and then they turned out to be positive. It seemed that the saga resumed the good path lost to a large extent with the last installment of the saga, a Devil’s Daughter released in 2016 that was an important step back with respect to the excellent Crimes And Punishments of 2014. In those first two hours it was I saw the enormous ambition that developer Frogwares had placed in her new work. We were also beginning to glimpse the important influence of the company’s previous title on this new Sherlock adventure, a The Sinking City whose open world proposal would mark a new future for the digital adventures of the most renowned detective on Baker Street. Sadly, after dedicating an important amount of hours to share the thoughtful investigations of the good old Holmes, we see how this Chapter One does not finish fulfilling the expectations placed on it, and it does not manage to completely overcome the flight of the saga, despite improving to its predecessor and introduce several interesting ideas in a formula that needs both to look back at the past and reinvent itself with juicier novelties than those proposed here.

Starting with the good stuff, Sherlock Holmes: Chapter One is a very entertaining title, with some interesting characters, the odd case that will catch us, and an attractive setting. However, as a detective game it is very fair, taking us by the hand and offering us investigations that are not excessively satisfactory, neither in their development nor in their conclusion, and being too cumbersome and obtuse with certain mechanics that should not be. It is also a very fair game on a technical level, and also presents some other problem with the management of the rate of images per second, especially when Holmes runs through outdoor stages. Although we have enjoyed the almost 30 hours that we have dedicated to it, it has never made us feel that we were doing a real detective work, it has never given us that moment of “eureka” so satisfying that they do know how to offer similar titles, and we have been frustrated on several occasions due to mechanics implemented with very little skill and that contribute little to the elderly of being an artificial obstacle.

Regarding some of the novelties of this installment, one of lime and another of sand. On the one hand, the aforementioned freedom of action inherited from The Sinking City, without being excessively exploited, does suit the title well, fitting well with its proposal and giving a new air to the saga that for us is very positive. We are not facing an open world per se like that of titles like Far Cry or similar, with thousands of icons and activities on the map. Here, as we walk through an island that is not excessively extensive, we will have access to secondary cases, of greater or lesser importance, and that on many occasions are more interesting and attractive than the main mission itself. On the other side of the scale, the combat sequences that appear here for the first time in the saga are totally forgettable and fortunately expendable if we wish. They are repetitive, devoid of emotion and typical of a couple of past generations. They do not contribute almost anything good, and it would have been better if the resources used in them were dedicated to improving more important mechanics in the game.

In short, we are facing an enjoyable, entertaining title that brings a new perspective to an extremely iconic character, and that at least manages to improve what was exposed in the previous iteration of the saga. Unfortunately, as a detective game it is very far from gems like Return of The Obra Dinn, Paradise Killer, Lamplight City or the very Crimes And Punishments within the same series. If you forgive its simplicity, roughness of certain mechanics and technical limitations, you can enjoy a light and entertaining title that, yes, has a lot of content to offer, since if you try to unravel absolutely all its mysteries, you have content for a good 40 hours .

One of the most interesting a priori characteristics of this adventure is the new prism from which our protagonist is presented: We are in 1880, and the good old Sherlock is only 21 years old. This staging allows Frogwares to portray Holmes from a different perspective than previous works, which gives it a differentiating touch. Our intrepid detective returns to the fictional island of Cordona, located somewhere in the Mediterranean. Sherlock lived there with his family, until 10 years ago his mother passed away after a tragic illness. What at first seemed like a routine visit to present his repetitions at the grave of his mother, will soon become something much more complex when discovering the mysterious and unclear circumstances that surrounded the death of his mother. Recovering the lost memories of those years and investigating every possible trace of information about the death of our mother and the events that led to it will be the central axis of the main plot of the adventure.

Final Fantasy 14 reveals the first details of the Island Sanctuary...

“Very unpleasant and also boring” — a Royal Commentator Compared The...