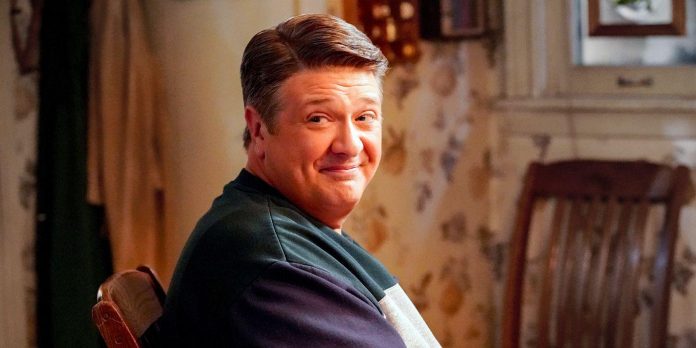 Lance Barber comments on George’s near death in “Young Sheldon,” which returns for a sixth season later this year. The CBS comedy is currently on an annual hiatus, but when it returns with a new series of episodes, Sheldon will be 13 years old. This means that in just a year, as shown in the parent series The Big Band Theory, his father will come to an end.

George was the only member of the Cooper family who did not physically appear in the geek-oriented sitcom for 12 years. By the time “The Big Bang Theory” began in 2007, he was long dead. Despite this, both Sheldon and Mary liked to tell stories about their late patriarch, although mostly bad ones, which is why the character had a bad reputation. So, when Young Sheldon duly introduced him, there was some confusion, since George’s version from the prequel may not be perfect, but he is not a lazy and drunken father, as his son and wife liked to describe him. Five years later, this remains the biggest discrepancy between “The Big Bang Theory” and “Young Sheldon.” Given the lack of a solution, there is some doubt that the byproduct is moving forward at all with George’s predetermined death.

In a conversation with ET, Barber talks about the imminent demise of his character in Young Sheldon. When asked if this bothers him, he replies that not really, because he knew all along that this would happen. Fortunately, he still has some time to spend on the CBS comedy. Read Barber’s quote below:

It doesn’t bother me, because we knew from the very beginning. I was blessed and so happy that I had as much time as we already had, and I know that we will have a little more time to play out this story.

Before he dies, George must also fall out of favor based on what has been established in the Big Bang Theory. Sheldon shamefully told Penny that when he was 13, he came home early from school and caught his father having sex with another woman. They never talked about it until George died. This was undoubtedly the most heartbreaking experience of Sheldon’s childhood, and he shaped it not just three times. If CBS is adamant about reconciling their conflicting versions of George, chances are they’ll have to go through this transformation before eventually killing him.

In any case, it looks like Barber was informed from the beginning that his character would die in “Young Sheldon” before the show really ended. Given the popularity of the CBS comedy, there is a chance that the network will be inclined to air it after the demise of Patriarch Cooper and shift its focus to the main character when he turns into the character that fans loved in “The Big Bang Theory.” In the meantime, however, viewers still have time to spend with George, as the premiere of the 6th season of “Young Sheldon” will take place later this year on CBS.

Is the MacBook Air easily scratched at midnight? Problems, explanation