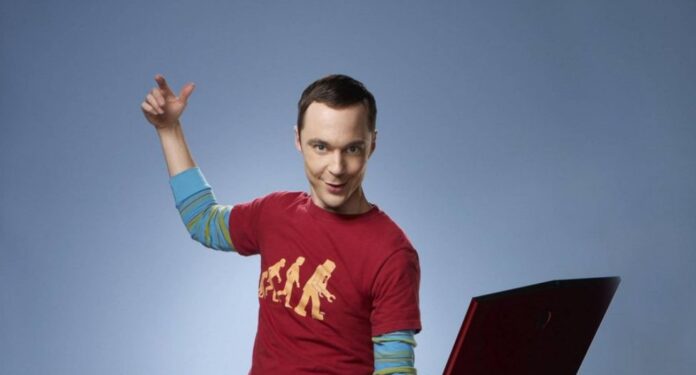 The sitcom on The Big Bang Theory has been a heartwarming entertainment resource during the coronavirus pandemic thanks to its availability on Netflix. Returning to the first season of the hit CBS comedy we have discovered several embarrassing mistakes.

Some observant fans have noted that Sheldon Cooper (Jim Parsons) and the gang were playing games on inoperable laptops in one of the first episodes of The Big Bang Theory. The geek series eventually became the most popular comedy in the world, turning top stars into household names.

However, before its widespread success, The Big Bang Theory needed some time to adjust to the well-oiled machine that fans know and love today. The third episode of the first season, The Fuzzy Boots Corollary, perfectly encapsulates the more nerdy tendencies of Sheldon, Howard (Simon Helberg), Raj (Kunal Nayyar) and Leonard (Johnny Galecki) in the opening scene.

On the one hand when they start the episode in the middle of a round of World of Warcraft, trying to recover the legendary sword of Azeroth, everyone is on their laptops at the beginning of the episode, it can be clearly seen in many shots that their screens are black.

Potentially in an attempt to remain environmentally friendly, The Big Bang Theory production team opted to have the cast mimic their gaming session on machines that weren’t actually turned on.

This seemingly minor oversight would not have been a problem if the scene had been shot head-on, with the back of the gang’s laptops facing the camera. On the other hand, one fan noted that the illusion is often broken when the sequence switches to over-the-shoulder shots and we can see Sheldon and Howard’s blank screens in plain sight.

Online multiplayer games like World of Warcraft are consistently mentioned throughout the series as some of the group’s favorite pastimes. Unfortunately, Sheldon and company are in danger of losing some geek cred if their fellow nerds find out that they don’t actually know how to play the game.

To make matters worse, fans have exposed a number of similar errors in the same episode of the series. Thankfully, the show’s production has only gotten better over the years, with only a few bugs managing to go unnoticed in later seasons.

His new trailer shows a certain change in Johnny