She-Hulk: Actress Jameela Jamil, known for her role in The Good Place, has confirmed her debut in Universe Cinematographic Marvel (MCU). In an Instagram post, the actress posted a video with a TikTok, showing her training for fight and action scenes, with text confirming her participation in the series She-Hulk.

In the video, Jameela says “I can’t believe I’m going to say this…”, so she shows the villain the training videos and finally writes, “I’m fighting at Marvel, and I’ll make it in 2022 for you! #Everything’sPossiblePersonal”.

Jameela will play the villain Titania, the enemy of the main character, She-Hulk, who will be played by Tatiana Maslany (Orphan Black). In the original story, Titania was a small, thin woman who, unwittingly, ends up being transported to the Battle World of Secret Wars. Consequently, she teams up with Dr. Doom for super powers, and faces the character of Tatiana Maslany, with whom she develops an intense rivalry in the comics.

It has yet to be revealed whether the series will follow the story that takes place in the comics.

In addition to Tatiana Maslany and Jameela Jamil, Mark Ruffalo is also confirmed in the film, reprising his role as the Hulk, aka Bruce Banner. 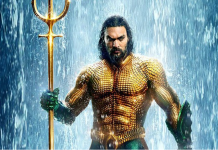 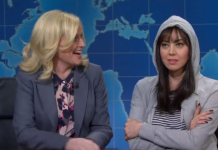 Watch Aubrey Plaza and Amy Poehler Reprise Their Roles in “Parks and Recreation” on “SNL.” 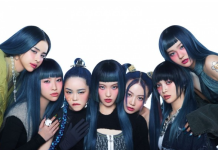 Cyberpunk 2077 Launches The Enhanced Version For PS5 And Xbox Series...

Is that why you didn’t like it? The new He-Man series...