Home Entertainment She-Hulk Already Has A Villain: Jameela Jamil Will Be The Powerful Titania... 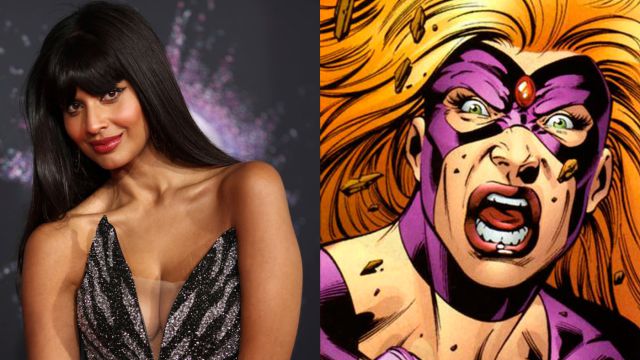 She-Hulk: One of the Marvel Studios series for Disney + confirms its main villain with the actress from The Good Place to play Mary MacPherran. She-Hulk, one of the most anticipated series from Marvel Studios as part of the UCM for Disney +, already has its main villain. Thus, the series that is currently being shot, incorporates the English actress Jameela Jamil (The Good Place) in the role of Mary MacPherran, aka Titania, one of the usual antagonists of the Hulka comics who stands out for her imposing physique and superhuman strength, capable of rivaling the She-Hulk on a power level.

Thus, the production of She-Hulk is completed with another prominent name such as Jameela Jamil, who will play Titania, along with other interpreters such as Tatiana Maslany (Orphan Black) in the role of Jennifer Walters / She-Hulk, Mark Ruffalo , may he return once again as Bruce Banner / Hulk, Jennifer Walters’ cousin, or Tim Roth, another old acquaintance of the franchise who returns once again as the relentless Abomination, straight from the Hulk’s first and only solo installment in the MCU, The Incredible Hulk, with Banner played at the time by Edward Norton.

The directors Kat Coiro and Anu Valia direct a series that will have ten episodes, each of them with a duration of about 30 minutes, through a plot that will pay tribute to the classic comedies of lawyers. Of course, Marvel Studios is bringing very different personalities to its series in order to bring variety to a way of understanding the superhero genre.

As is customary with the Marvel Studios series for Disney +, their characters will also appear in future MCU films, in turn becoming an alternative way of introducing new characters to their universe. At the moment Loki, the series starring the God of Deception, Thor’s brother, is being broadcast through a plot with time travel and different versions of the protagonist.