Home Celebrity She described how she filmed her sexual scenes 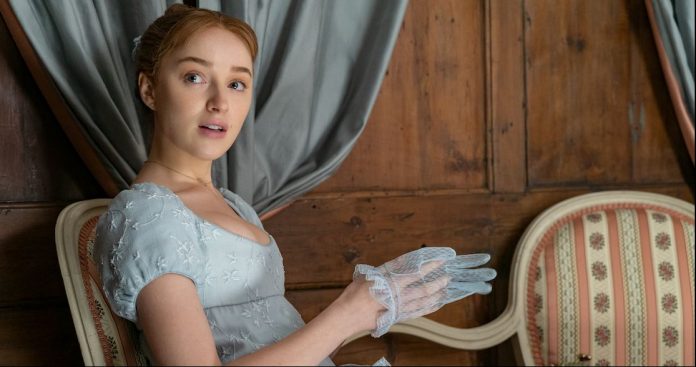 Bridgerton, is the new period series that arrived on Netflix on December 25 and quickly became a trend as one of the most watched dramas in such a short time.

With 8 episodes in its first installment, Bridgerton managed to capture the attention of millions of viewers around the world with a plot that left all fans wanting to see much more.

Fortunately, the period series has just been given the green light to produce its second season, which this time will focus on Daphne’s (Phoebe Dynevor) brother, Lord Anthony Bridgerton, played by Jonathan Bailey.

The Bridgerton series is a series created by Chris Van Dusen and produced by Shonda Rhimes, based on the Julia Quinn novel series, which tells the story of high society competition in the marriage market during a regency period in London in the early 20th century.

The first episodes of the series focused on the relationship between the Duke of Hastings, Simon Basset (Regé-Jean Page) and Dynevor’s character, Daphne Bridgerton, a young woman inexperienced in matters related to sex.

“Stage directions are very specific: you have to have an orgasm. It is a difficult thing to rehearse, which means it is not. Just do it”.

She also told the same outlet in the interview that Bridgerton’s sex scenes were filmed as stunts and that she rehearsed extensively with her co-star Regé-Jean Page to make sure her chemistry was as credible as possible.

“I always go back to the fact that Lizzy [Talbot] was on set for that scene. If we didn’t have an intimacy coordinator, it would be our director, who was a man, coming up to me and telling me what to do. That would have been awkward. ”

“I felt so safe knowing Lizzy was there, so if something went wrong or the director wanted something different, I could talk to her first. Nobody wants a man to tell her how to orgasm.”

Will Quicksilver be on WandaVision?