Home Celebrity She admitted that her character must have died sooner. 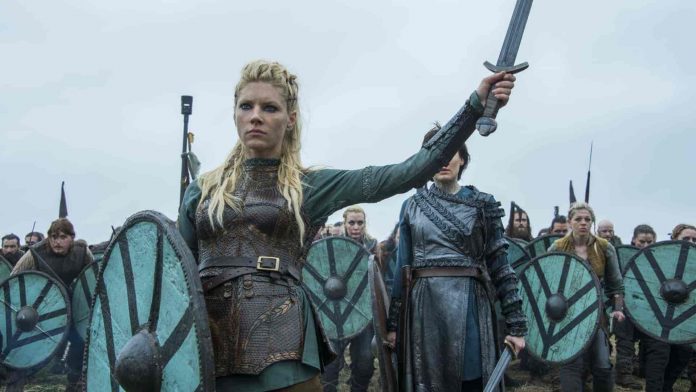 The end of Vikings has managed to shock all viewers, so the actors of the show have been revealing great details since its end, especially the Lagertha actress, Katheryn Winnick, who did not expect her character to last 6 seasons.

Remember that the character Lagertha, was one of the many shocking deaths that viewers saw in the sixth season of Vikings.

However, she expected hers as a prophecy saw her die at the hands of one of Ragnar’s sons (Travis Fimmel), which many thought would be Ivar (Alex Høgh Andersen).

During one episode of season 6, Hvitserk (Marco Ilsø) was hallucinating as he had for most of the season, and he stabbed Lagertha repeatedly until she died, thinking that she was Ivar.

But, during a recent interview with Katheryn Winnick, he revealed that he didn’t expect Viking creator Michael Hirst to give his Lagertha character that much way, so he had this to say:

“I thought she was going to go a lot earlier, I’m not going to lie”,

“I was definitely ready to go earlier, just because I think these are Viking times, the average life span was maybe 40, and I was already pushing it with 50 and 60 years as a grandmother,” the actress continued.

Recalling the moment she first joined the show, Winnick said that she didn’t expect her character to make it practically to the end of the show.

“I had the idea that she was going to be there for the long haul.

“I didn’t know my character was going to last until the end.”

Star couples who played each other: Blake Lively and Ryan Reynolds,...