Home Entertainment Shazam is Officially Entering a New Era with a Major Change that... 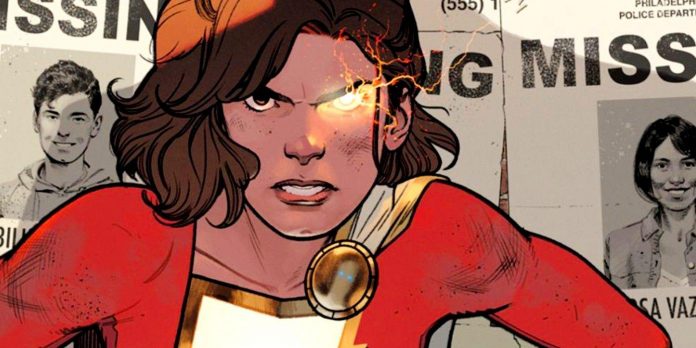 Big changes are taking place in Mary Marvel, and it’s not just that she’s taking on the role of Shazam. DC has made significant changes to Mary’s character that will forever affect the Shazam family — she’s going to college! With new roommates, a new suit, and a new boyfriend, Mary Bromfield has a lot on her mind. And, apparently, it may be more than she expected.

Now that Billy Batson is trapped in the Rock of Eternity, the world needs Shazam, and Mary Marvel takes on the mantle with a whole new status quo. The age shift of characters in the DC universe is basically irreversible, unless the crisis level is rewritten. For example, when characters like Robin and Kid Flash grew up and became Nightwing and Flash, it was a constant change. In the main DC continuity, both characters are now adult superheroes, leaving their friends’ past far behind. The same thing is happening now with Mary Marvel, as a college freshman marks a new stage in life that DC cannot easily change.

By topic: “Shazam vs Superman is forever solved by one forgotten force”

In “The New Champion of Shazam #1” by Josie Campbell and Evan “Doc” Sheiner, Mary Marvel embarks on her own journey as the hero of Shazam in a 4-part miniseries. This series aims to reinvent Mary’s personality by aging her to the level of a college freshman. Having left behind her past in foster homes and being an intelligent older sister, Mary is experiencing a new beginning for both her heroine and a civilian personality. In the first episode of the series, Mary jumps off a bus near Vassar College, her dream school, an eight-hour drive from her home in Philadelphia. Here she meets her new roommates, introducing herself as “Marina” to try to appear cool to a couple who seem to have already become close.

Playing the role of an older sister for most of her life, Mary rarely had the opportunity to explore her personality. Now that she is away from the Shazam family, she will also be working alone as a hero for the first time. For many DC Comics characters, growing up is a rarity. Tim Drake has never outgrown adolescence, and Barry Allen refuses to grow old. Considering that the Shazam family consists of children and teenagers, it is noteworthy that DC has allowed such an important life milestone as Mary to go to college, hopefully demonstrating the publisher’s commitment to her new era.

Mary’s admission to college is an exciting change for the District of Columbia. She’s a fish out of water in New York, she’s still trying to figure out who she is. This miniseries lays a solid foundation for Mary Marvel’s adult career as the superhero Shazam.