Home Entertainment Shazam! Fury of the Gods already has a villain 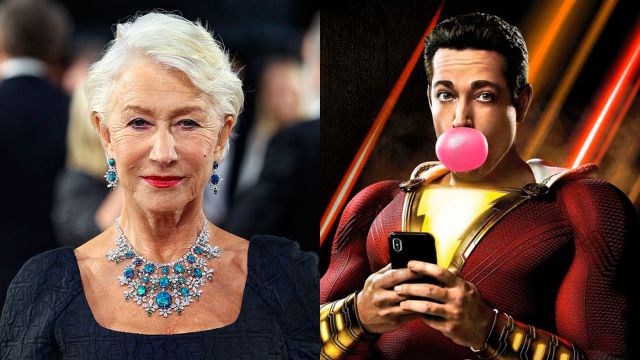 Shazam! Fury of the Gods, one of the new films of the DC Extended Universe and sequel to Shazam !, has confirmed its main villain with actress Helen Mirren, winner of an Oscar for best actress for The Queen and who in Shazam! Fury of the Gods will play Hespera, the daughter of the god Atlas. Thus, we finally received news of a film about which nothing was known since its official presentation of the last DC FanDome.

New villain of the DC Universe

This has been announced by media such as The Hollywood Reporter or Variety, confirming such an award-winning and recognized actress as the new villain of the DC Extended Universe; that yes, at the moment no details of the plot of the film are known, although the gods would have a prominent role in the plot. Recall that initially, the casting of Shazam! Fury of the Gods targeted actresses like Helen Mirren herself, Zendaya and Halle Berry or Eva Green to personify the Three Faces of Evil, that is, Terror, Sin and Evil. Who will be sure is the actor Zachary Levi again as Shazam.

The more than likely presence of actress Rachel Zegler has also been announced in an unknown role but which could well be for the role intended for an actress like Zendaya. On the role of Atlas in the plot of the film there are no stories in the comics that relate this god to Shazam, since Atlas has had a much closer relationship with Superman in his goal of taking the place of the Kryptonian as defender of Metropolis .

For now, Shazam! Fury of the Gods has a theatrical release date of June 2, 2023; we will see if finally there are no more delays in the DC Extended Universe and its different films scheduled for the next few years will be released.

Thomas Jane must save his daughter during the excavation, trailer [EXCLUSIVE]