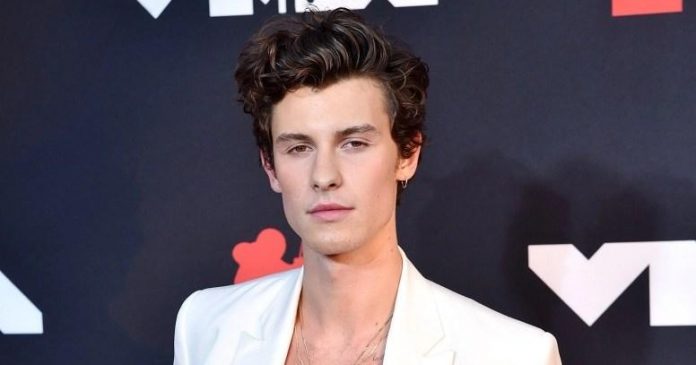 Treat yourself better. Shawn Mendes has postponed some of his upcoming live performances to focus on his mental health.

“It breaks my heart to say this, but unfortunately I will have to postpone the next three weeks of the show in Ancasville, Connecticut, until further notice. I’ve been touring since I was 15, and to be honest, it’s always been difficult to be on the road away from friends and family,” the 23—year-old Canadian singer wrote in a message posted on Instagram on Friday, July 8. “After several years without touring, I felt ready to return, but this decision was premature, and unfortunately, the road and pressure overtook me, and I reached the limit.”

Mendes added: “After talking to my team and the medical staff, I need some time to heal and take care of myself and my mental health, first of all. As soon as there are new updates, I promise I’ll let you know, love you guys.”

The “Stitches” singer has been outspoken in the past about his ups and downs with mental health. In April, he wrote a vulnerable note to his followers about how he struggles to accept his true self.

“Sometimes I ask myself [sic] what I should do with my life, and I always hear in response: “To tell the truth, to be true,” he wrote at the time. “Although I feel it’s hard to do. I’m afraid that if people find out and see the truth, they might think worse of me. I might get bored with them.”

The “Nothing holds Me back” artist admitted that he “constantly feels like he is either flying or drowning,” predicting that part of his insecurity may be due to the fact that he is 20 years old. “The truth is that I really want to appear to the world as my 100% true, honest, unique self and don’t care what anyone thinks, sometimes I do!! Sometimes I really don’t care what people think and I feel free. Most of the time it’s [so in the original] a struggle [though]. It’s true,” he added.

Mendes said he felt compared to sharing his point of view because he thought it “might resonate with some people,” and concluded by assuring his fans there was nothing to worry about. In a separate tweet , he wrote: “Honestly, I’m fine! I just want to communicate with you guys really honestly. so I just typed a big old note for you, lol. And I think what the hell, if I feel this with all the blessings I have, I think there must be so many people who feel this and just don’t want them to feel lonely!!

The former Vine character kicked off his Wonder tour in Portland, Oregon on June 27. He was supposed to perform in the USA and Canada until October, and go abroad next spring.

News of Mendes’ break from the tour came less than a year after he and Camila Cabello broke up in November 2021. The musicians dated for two years before announcing their separation. Both the Grammy Award nominee and the 25-year-old Cinderella actress openly talked about how to survive the end of their relationship in their own way.

“Camila and I have always been writers since we’ve known each other, so we understand what that means,” Mendes told Extra earlier this year. “And we respect what that means. And there will always be transparency between us.”

Cabello, for her part, recently honestly admitted that she is in no hurry when it comes to returning to the dating pool. “I don’t pay much attention to it,” she told Cosmopolitan UK this month. “I just really want to hang out with people, I want to make friends, and I’ve made a lot of great friends over the last year. …If something happens, it’s really fun, but I don’t put any pressure on it.”

A Streamer on Twitch Has Been Sharply Criticized After Trolling Fans...

Exeleration Music Announces Investment in the +1 Records Catalog as Part...