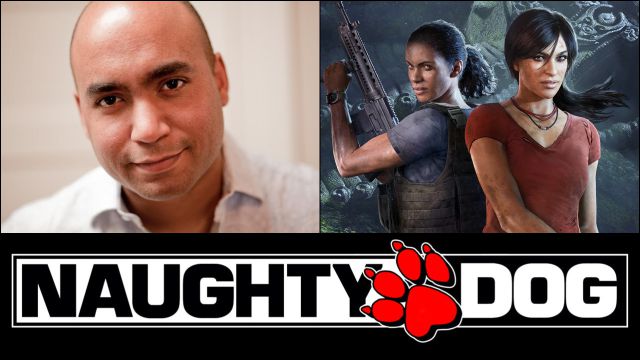 Shaun Escayg: After passing through Crystal Dynamics, the manager leaves Square Enix and joins the studio responsible for Uncharted and The Last of Us; sagas that he knows well.Shaun Escayg, creative director of Marvel’s Avengers, has announced his departure from Square Enix and his return to Naughty Dog. From Redwood City to Santa Monica, California, the manager leaves his position at Crystal Dynamics to return to what was his home from 2011 to 2018. No details have been released about his new role; neither is the project or projects in which he is immersed.

It was during this stage that he participated in the development of works such as The Last of Us (2013) and Uncharted 4 (2016) as head of cinematics. Later he would take care of his most important job in the company of Dogs, Uncharted: The Lost Legacy (2017), a standalone video game based on the explorer saga.

Once Chloe and Nadine’s adventure ended, his signing in January 2018 by Crystal

Dynamics resulted in Marvel’s Avengers, a complex development that resulted in a crash launch.

Despite the recent Bloomberg report indicating the existence of a remake of The Last of Us, which would hypothetically arrive for PlayStation 5 on a date to be determined – thus complementing the HBO series – the truth is that Sony has not confirmed nor denied the existence of said project. If so, Escayg knows firsthand Joel and Ellie’s award-winning expertise.

The future of Marvel’s Avengers, affected by delays and lack of community support.
Even with the good initial sales of the adventure of The Avengers and its determination to open a niche in the multiplayer scene, the title has not managed to arouse the expected interest; the study itself has acknowledged making mistakes with the game. Last November, Square Enix highlighted in its presentation of financial results that the game had not yet recovered the costs of its development. The update plan is still underway, however, although news such as Spider-Man will be expected until after the summer.

Marvel’s Avengers is available on PS4, Xbox One, PC, Xbox Series and PlayStation 5. The study assures that the game will be supported “for years.”