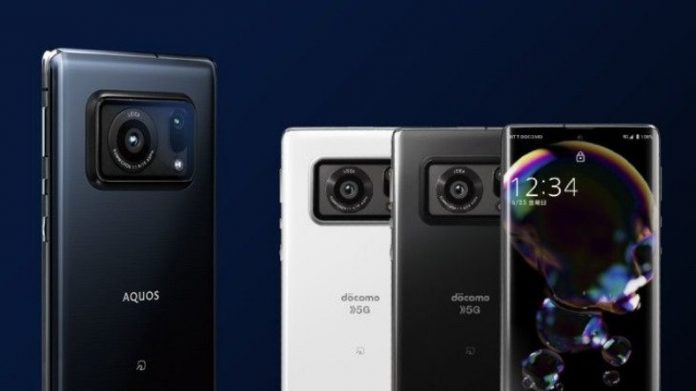 Sharp Aquos R6 uses a 1-inch sensor for the first time in a smartphone camera. A few years ago it seemed impossible for a smartphone to accommodate camera sensors the size of a dedicated camera. Sharp, apparently partnering with Leica, has achieved this with its new flagship phone, the Sharp Aquos R6.

Sharp’s latest device has a rear camera array that includes a 20-megapixel, 1-inch pixel main camera sensor. Considering that many pocket portable cameras house 1-inch sensors, this is a landmark for general-purpose smartphones.

Sharp also seems superior to its competitors in the mobile market in this regard. Samsung currently offers a 1 / 1.12-inch sensor in a 50MP Isocell GN2 format, but it has not yet crossed the 1-inch barrier. It is also said that Sony is developing a 1-inch sensor, but no official version has been seen yet. There is no clear indication of which company is behind Sharp’s sensor.

However, Sharp claims that the 1-inch sensor suppresses noise in darker scenes and produces more natural bokeh effects, i.e. background blur. This sensor takes up most of the top third of the phone. But a ToF (Time of Flight) sensor and flash also join it. In addition, the Leica designed f / 1.9 camera with EIS has a seven-element lens.

Sharp is no stranger to innovations on the camera side. Aquos R2 housed two special cameras on the back, one for photography and the other for video. Also, the Aquos R3 had two notches between the 120Hz display.

Other features of Sharp Aquos R6

The Sharp Aquos R6 looks like a slightly more serious phone in terms of hardware than its predecessors. The phone also has a 6.6 inch Pro IGZO OLED display with WUXGA resolution and scalable 240 Hz refresh rate. The refresh rate of the screen can drop to 1Hz when needed, preventing the 5000 mAh capacity battery from being drained unnecessarily. Also, Sharp claims the display has a maximum brightness of 2000 nits. This is said to be the highest brightness a mobile screen has ever had. In addition, it houses Qualcomm’s 3D Sonic Max ultrasonic fingerprint sensor and a 12.6 MP selfie camera mounted in a hole.

As for the processor, the phone using the Snapdragon 888 has up to 12GB of RAM and 128GB of internal storage. There’s also a microSD card slot to expand the storage space. There are also 5G, Bluetooth 5.2 and Wi-Fi 6 connectivity features.

Still, there are some shortcomings. This phone, for example, does not have an IP68 rating like some modern flagships. Instead, it has an IPX5 / 8 rating for water and dust protection. Besides that, Sharp Aquos R6 lacks wireless charging. Still, it has NFC and a 3.5mm headphone jack. It comes preinstalled with Android 11.

There is no information about the Sharp Aquos R6 price yet. However, we expect the phone to be released in Japan after mid-June with black and white color options. It is unclear whether the phone will hit the wider market around the world.

WhatsApp Web: All the tricks of WhatsApp 2020