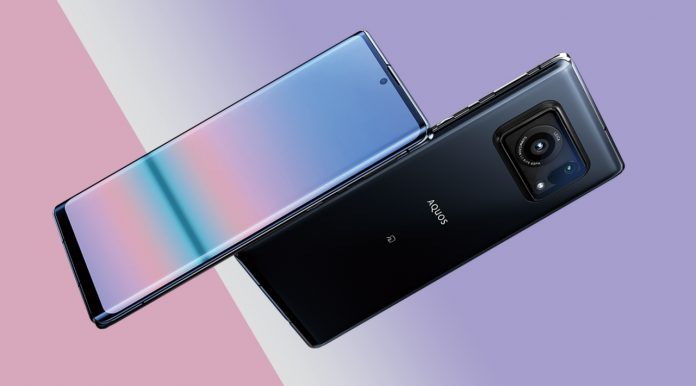 Sharp Aquos R6 is coming to hit the market. A new one has been added to the companies that appear in the smartphone market. Japan-based Sharp Aquos R6 model will make a name for itself.

Today, there is serious competition in the smartphone market. This competition, which has risen to a higher level, especially with the increase in the number of companies producing smartphones, is most beneficial for users. In this way, we have the opportunity to experience new features and technologies.

At this point, a new player named Sharp joined the competition. The Japan-based company, which had previously appeared on the smartphone side but mostly known for products such as televisions, air conditioners and refrigerators, is coming to mark the smartphone market with its newly released Sharp Aquos R6 model.

On the processor side, there is the Snapdragon 888, which is produced with the 5 nm fabrication process, which we often encounter in today’s flagship models, while this new processor, which is built with an octa-core architecture ranked as 1 + 3 + 4, also includes 1 Cortex X1 core. On the graphics side of the processor, there is the Adreno 660 unit.

The Sharp Aquos R6, which uses 12 GB of LPDDR5 RAM, comes with 128 GB of storage. In addition, its 5,000 mAh battery, which can be charged quickly with Intelligent Charge 2.0 technology, offers long-term use. On the other hand, Sharp Aquos R6, which is Qualcomm’s first phone with a 3D Sonic Max fingerprint reader, promises users uninterrupted Android updates for three years.

Making a name for itself on the camera side, the device also has the title of the largest camera sensor ever placed on a mobile phone with its 1 inch sensor. Developed jointly with the German company Leica, this sensor has a resolution of 20 Megapixels. The sensor, which has 7P and f / 1.9 aperture, offers an impressive camera experience with the image stabilization feature developed by Sharp and Leica. In addition, the device also has ToF sensor and HDR support. Let’s say that there is a 12 Megapixel selfie camera positioned as a point on the front of the device.