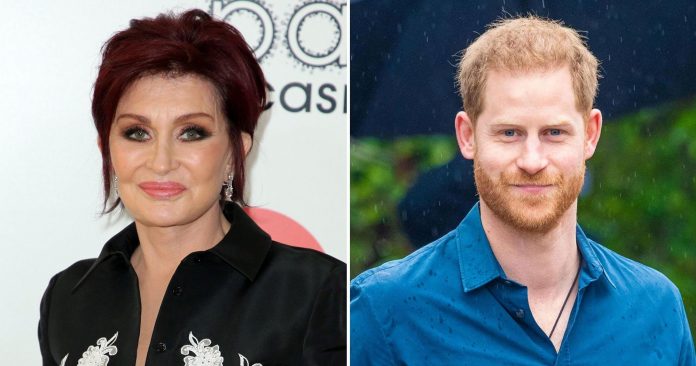 Royal regrets? Sharon Osbourne has spoken out about Prince Harry’s return to the UK for the platinum jubilee of Queen Elizabeth II, saying that she “feels sorry” for the Duke after his departure in 2020.

William and Kate’s strained relationship with Harry and Meghan: chronology

The Osborne graduate, 69, joined Piers Morgan for Fox News’ coverage of the royal weekend on Friday, June 3, discussing the dynamic between Harry, 37, and members of his family following his and Meghan Markle’s departure from royal duties. “The Royal Family has always been a Shakespearean play to me,” said the former co-host of The Talk. “I have to tell you when I saw [Harry and Meghan] earlier… I felt sorry for them and how they were separated from their family.”

Morgan, 57, has been an outspoken Sussex critic for many years and refuted Osborne’s point of view by asking: “Why should we feel sorry for them, given how they have so often publicly vilified this family?”

While the Celebrity Apprentice alum acknowledged that Harry and the former Force Majeure star, 40, apparently “made a living talking about the royal family,” she doubled down on her opinion. “I really feel sorry for [Harry] because I think there must be a huge part of him that regrets [what happened],” Osborne continued. “I mean, can you imagine how he felt yesterday [in the banner formation] with the whole family in this procession, and he would normally be there on one of these horses in his uniform and everything else. And so he shushes the children.

The biggest scandals in the royal family in recent years

The Archewell co-founders, who married in May 2018, announced in January 2020 that they planned to give up their top royal duties, deciding to split their time between the UK and North America. Later, Harry and blogger Tig moved to California, where they are raising son Archie, 3, and daughter Lilibet, 12 months. The family of four has returned to London to celebrate the Queen’s 96th birthday and her landmark 70th reign.

Ahead of the celebration, Us Weekly confirmed that Harry and Meghan will attend the monarch’s birthday parade, but they will not be watching the event from the Buckingham Palace balcony, which has been reserved for “those members of the royal family who are currently holding official public events.” duties on behalf of the Queen,” the representative said. Instead, the couple watched from the adjacent office of the Major General.

On Friday, the couple appeared again at the Thanksgiving service, which Elizabeth did not attend due to the “discomfort” she experienced during Trooping the Colour. Harry and Meghan sat apart from Prince William and Duchess Kate at St Paul’s Cathedral.

The seating arrangement was determined in the palace, a source told us. “The older members of the royal family sat in the front row, and the younger ones in the second row,” the insider added, noting that the couples sat separately from each other “to avoid unwanted attention.”

Despite the fact that the celebrations continued all weekend, the former military pilot and the author of Bench decided not to go to the star concert on Saturday, June 4. “Harry and Meghan could have gone to a party at the palace, but decided to stay in the shadows on Lilibet’s birthday and celebrate in private,” a second source told us. “It was more important for them to be together as a family than to attend the concert, especially since the queen could not come.”