Home World SharePlay: How To Watch Movies Together On FaceTime? 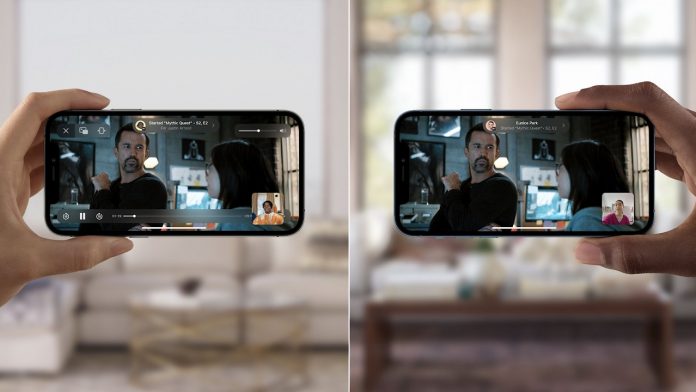 SharePlay: how to watch movies. Apple added new features to FaceTime calls with iOS 15. Now, watch TV shows and movies on more platforms with your friends with SharePlay.

The WWDC 2021 event organized by Apple recently hosted many innovations. The company announced new operating systems for its smart devices at this event. While iOS 15 drew all the attention, there were generally user-oriented innovations in the features offered. With iOS 15, Apple has included features that have never been seen before on FaceTime.

After the update, both iOS and Android users can now make video calls from FaceTime. We have conveyed this to you in our previous news and now we will talk about another feature that attracts attention.

In addition to Android calls, FaceTime has another innovation that allows watching movies together. Announcing features to rival applications such as Zoom and Google Meet, Apple will now allow you to watch movies on more platforms with SharePlay in FaceTime. Before moving on to how to do all these operations, let’s talk about what SharePlay is.

What is SharePlay and how does it work?

The pre-existing SharePlay allows users to listen to songs, share their screen, or watch movies and TV shows together in sync with Apple Music during FaceTime calls. It can be said that this tool, which has quite extensive features, allows many things to be shared among users simultaneously.

SharePlay leverages Apple TV to allow users to watch shows and movies on the big screen. There’s no notable innovation here with SharePlay, as services like Hulu, Amazon Prime Video, and Disney+ already offer co-watching. However, Apple recently talked about a different innovation that improves SharePlay a little more. Users will now be able to watch the movie or series they watch on more platforms with their friends or family via FaceTime.

The trend of watching movies or TV shows virtually with family or friends during the pandemic has become popular. Here, with its new update, Apple has brought some new features that will satisfy its users at this point.

Even watch third-party videos services together with FaceTime SharePlay

In addition to support for Apple Music and Apple TV, SharePlay is also interoperable with a variety of third-party video services via the API. Here are the apps that support it:

Supported platforms are as above for now. However, it should be noted that there is currently no support for the popularly known Netflix. Netflix doesn’t support FaceTime SharePlay yet, so it doesn’t allow both parties to watch movies simultaneously. So how can we create a watch party on FaceTime? Here are the step-by-step instructions:

Pandemic causes population to shrink for the first time in the...

Covid-19: See Tips For Having A Safe Year-End