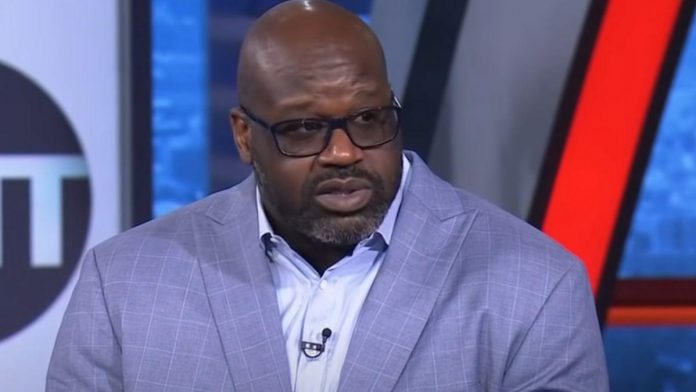 For more than a week, Vanessa Bryant has been involved in a lawsuit over photos of her late husband Kobe Bryant, their daughter Gianna, who died in a helicopter crash in 2020. Vanessa is suing Los Angeles County for negligence and invasion of privacy. due to the distribution of photos of the crash site taken by emergency response services. As the emotionally charged case moved forward, her husband’s former NBA colleagues apparently kept quiet about the situation, probably out of respect. But now Shaquille O’Neal has shared some thoughts about the case involving his teammate’s widow.

Shaquille O’Neal is generally a person who has no problems with honesty, sometimes in a rude manner, as evidenced by some of the comments he has shared over the past few months. (Shaq’s comments about Kanye West and Pete Davidson’s arguments still ring in my ears.) However, when asked about Vanessa Bryant’s ongoing lawsuit, O’Neill showed nothing but compassion. The Hall of famer admitted to ET that while he’s not very close to Bryant, he supports her courtroom efforts.:

I feel for her. We never talked much, [but] we always respected each other. Every time I see her, it’s a hug, it’s a laugh. But I couldn’t imagine what she was going through. We live in a world where, especially when it comes to the Internet, people don’t care. But these are photos that I would never want to see, so she’s doing a great job of holding people accountable.

Shaquille O’Neal and Kobe Bryant were teammates of the Los Angeles Lakers for eight years, which brought the legendary NBA franchise three championships during its existence. Although both had friendly relations both on and off the court, tensions began to grow between them due to their roles in the team and Shaq’s stated salary demands. At the same time, in 2004, O’Neill was traded to the Miami Heat, where he won his fourth league title. However, in 2018, he reconciled with Bryant, who managed to win two additional titles before retiring. At the same time, it is clear that O’Neill will be on Vanessa Bryant’s side at this time.

After the death of Kobe Bryant, Shaq honored his late colleague and friend in different ways. After it became known about the death of the great basketball player, Diesel emotionally paid tribute during the TNT Inside the NBA broadcast. Shaq also marked the anniversary of Bryant’s death by checking on the late star’s parents.

More recently, like many of us, the fifteen-time NBA all-star participant can only watch as the litigation between Vanessa Bryant and Los Angeles County continues to play out. Over the past week, the judge and the jury have heard testimony from a number of people, in particular law enforcement officers, who were present at the scene of the helicopter crash that day. One of those who spoke out was Deputy Sheriff Doug Johnson, who testified that he had done nothing wrong by taking 25 photos, which he said he deleted later that night. The former fire captain also testified, saying that what he saw that day would “haunt” him forever.

“Emotional distress” is at the heart of Vanessa Bryant’s case, and she is seeking millions of dollars in compensation. Of course, it is unclear how the judge can make a decision at this point. But it is likely that as the trial continues, Bryant will continue to enjoy the support of Shaquille O’Neal and others.