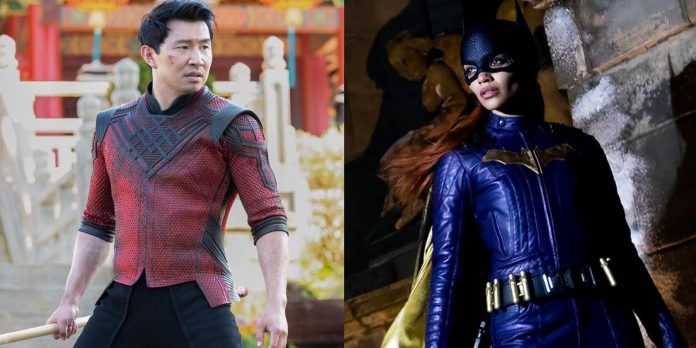 The cancellation of the movie “Batgirl” is currently on the mind of every DC fan, and this news came as a shock to them and those who participated in the project. Many found the situation absurd, and it seems that actor Simu Liu is one of them. The star of the Marvel Studios movie “Shang Chi and the Legend of the Ten Rings” ridiculed the decision of Warner Bros. Discovery cancelled the film, which was in the midst of post-production.

Earlier this week, the cancellation of Batgirl was announced, which disappointed many DC. Warner Bros. fans. Discovery decided to put an end to the concept of live-streaming movies, which meant the end of Batgirl’s journey even before the film was released. Liu decided to have fun over the whole fiasco and tweeted a joke about the cancellation of a non-existent Marvel project. Apparently, some DC fans weren’t impressed and even asked the actor to delete the tweet.

link: The movie “Supergirl” may also have problems after the cancellation of “Batgirl”

Liu’s tweet seems to start on a serious note, as he apologizes to his fans for Disney apparently canceling a project called “Shang-Chi Holiday Special” due to “quality control issues.” He claims that he has already filmed the whole project, and then it becomes ridiculous. “I even designed a fully ginger Ta Lo,” his tweet reads as he bids farewell to “Shang Chi and the Legend of the Teen Golden Rings.” The tweet clearly mocks Warner Bros. Discovery and its decision to close the project, the filming of which has already been completed. However, his remarks clearly didn’t appeal to some DC fans.

Many fans came to the conclusion that Liu’s tweet was a joke about Batgirl as a project, and asked him to be more attentive. The directors of “Batgirl” have already shared a statement after the cancellation, and lead actor Leslie Grace also talked about how special the project will always be for her. It is clear that the cast and crew are deeply saddened by the cancellation, and DC fans support them. Thus, Liu’s tweet was not appreciated by many, and fans made a fair comment that the cast and crew feel depressed. However, there are others who remind their fellow Tweeters that Liu’s comment is aimed at the company and in support of the Batgirl project.

CEO of Warner Bros. Discovery David Zaslav promised that DCEU is now a priority of Warner Bros. Discovery. Even though Batgirl had to be canceled, the conglomerate’s goal is to build a universe on the same level as the Marvel Cinematic Universe of which Shang-Chi Liu is a part. It remains to be seen what further changes will be made in the future.

Dragon Ball Super: This Is Vegeta’s New And Brutal Transformation