Home Celebrity SHAKIRA TELLS HOW JAY-Z GIVEN THE NEWS THAT HE WOULD ACT AT... 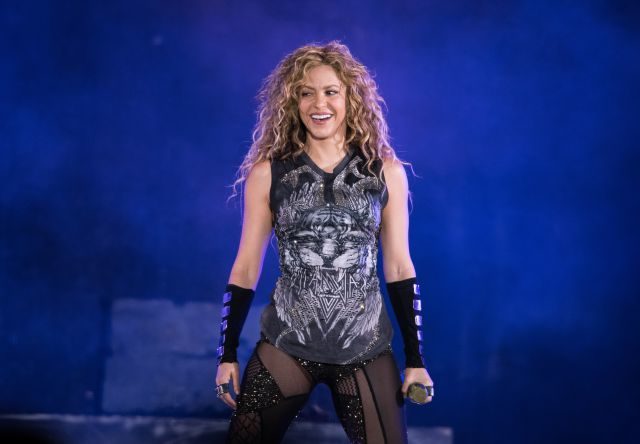 Without a doubt, Shakira and Jennifer Lopez will make history at the next Super Bowl. The two pop divas will perform at the rest of the event before more than 100 million spectators, filling the American football field with female and Latin empowerment.

The news, which was unveiled last September, has been received by fans of both artists as a gift. There is no bigger show than the Super Bowl! Although we will still have to wait to know what songs they will sing, we are sure that we will hear some of their greatest successes. And yes, surely they sing more than one song in Spanish.

Well, this Monday, the Colombian singer has been talking about the illusion that makes her be in the Super Bowl in Beats 1 of Apple Music.

“It’s going to be my birthday,” he began by saying. And on February 2, the day the show takes place, the artist turns 43 springs.

Shakira wanted to share with the listeners of the program how important it is for her to act in this event: “I have always wanted to act in the Super Bowl. I think it’s like the Holy Grail of the entertainment industry. It is a sporting event, but it has great relevance for artists, and I think it will be fantastic. Also, I’m going to celebrate my birthday with 100 million people. ”

The interpreter of I fell in love has also told how Jay-Z, who is behind the production of the program, called her to propose to act with Jennifer Lopez in the event. The famous producer told him how important this show will be for the Latino community.

“I think it will be great because she also represents a very important part of the Latino community that lives in the United States,” said the artist. She also wanted to mention her responsibility as a Latin artist with this performance: “I think that, in a way, I am representing the other part of the Latin world. That of all those people around the world who hardly speak English. I think it will be an event to celebrate Latin culture and the importance of women in the industry. ”

We are sure that the performance of J Lo and Shakira will not leave anyone indifferent and will be part of the history of pop.

Dadju as a couple with Jordyn Woods? This detail that leaves...

Jisoo is criticized and receives offensive messages from haters