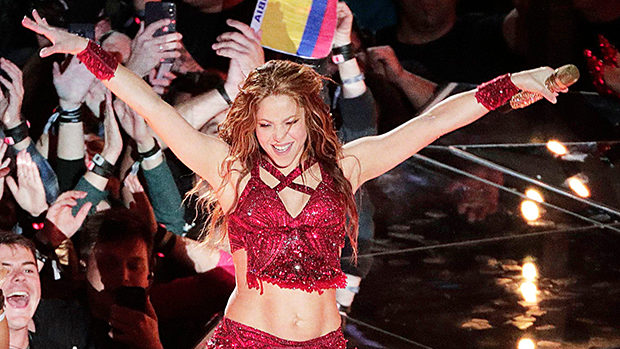 Artist Shakira, who performed with Jennifer Lopez in the period of Super Bowl 2020, has been compared to an animated character because of the costume she wore during her performance. The first costume that the famous singer preferred for the night was almost the same as the stage costume of an animated character she had previously voiced. This similarity has been much discussed on social media platforms.

The American football final match, Super Bowl, which almost stops life in America every year, hosted a legendary artist who challenged the years this year. Shakira, who took the stage in the period of Super Bowl 2020, made a lot of mention on the internet because of the costume he wore, because the costume of the artist was very familiar for those who love animation films.

Shakira, between the Super Bowl period; She performed in a shining, tasseled red dress. Boots completed in this dress in the same color and style. The costume was quite impressive, but the analogy of the costume to the dress of an animated character made it interesting. The costume that Shakira wore during her performance on February 2 was almost the same as Gazelle’s costume in the animated movie Zootopia.

The costume choice was not a coincidence:
The Gazelle character in Disney’s animated movie Zootopia had a stage outfit similar to that of Shakira. There is one more thing to remind about Gazelle, who has a two-piece red and tasseled dress: Gazelle was voiced by Shakira in the movie.

So Shakira imitated the dress of the animated character Gazelle, which she gave life to with her voice years ago; he did some kind of cosplay. The artist who sings songs such as ‘Whenever, Wherever’ and ‘Hips Don’t Lie’ in the Super Bowl; With this incident, it became the target of social media users. In the posts shared on Twitter, many users mentioned the similarity of Shakira and Gazelle.

Here are some posts about Shakira and Gazelle similarity in social media:

Anyone else notice how similar shakira's first outfit was to her zootopia concert outfit? #SuperBowl pic.twitter.com/rPfdbGzNtf

shakira showin up to the halftime show in her gazelle outfit from zootopia pic.twitter.com/NvuqhJF3ta