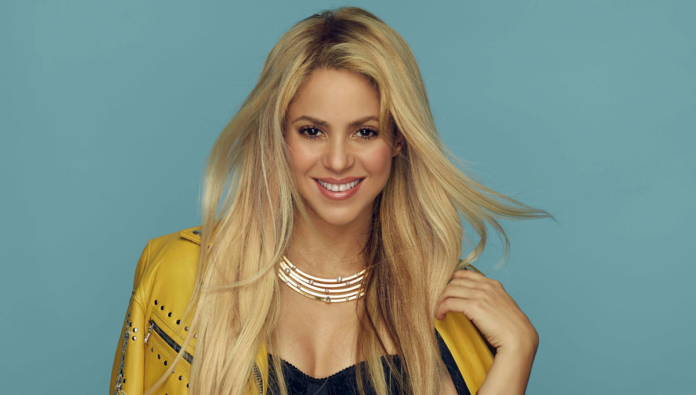 Today the documentary Shakira In Concert: El Dorado World Tour, the first audiovisual production that shows the singer in all its facets as an artist, is released in theaters.

It is a film focused on his last and most important tour that, in addition, discovers Shakira’s intimacies, fears, strengths, beliefs and routines that until now had never revealed to his audience.

1. The worst moment of your life
With these words Shakira describes him and he told us this in the interview. His accident on the vocal cords that forced him to cancel the expected tour was one of the toughest moments both professionally and personally. He thought he would never sing again because doctors recommended a dangerous operation after which he should re-talk. Nor could he communicate almost with his family for several weeks. Something that added sadness and helplessness to the whole process.

However, finally and to everyone’s surprise, it ended up healing.

2. Responsibilities beyond a singer-songwriter
One of the most surprising aspects that the documentary shows is to see Shakira beyond the composition of themes and the interpretation. We see how he is involved in absolutely all the processes of his art: he organizes his concerts taking care of all the details. It deals with camera movements, the intensity of the lights, what will be seen on the screens, the color with which they focus, the rhythm of the music … we even see it haggling over the budget they ask for Fireworks!

3. The magic of your recording studio
Another of the most intimate and magical corners that the film discovers is its recording studio. There she explains what she can do from the most formal compositions, to the most secret follies to get rid of stress and experiment with her creations.

4. The “bitter” reconciliation of family and work life
Another aspect that Shakira emphasizes is how complicated it is for him to separate from his children being so small. The artist even confesses that she planned to retire temporarily to be able to raise them, but Gerard Pique advised her not to do so, because she was going to stay “bitter” at home.

Finally, she decided to continue with both facets and she succeeds, although once again she repeats that she misses her little ones when she can’t see them all day.

5. How do you create collaborations that then devastate
We see how the issues were forged with Maluma and Nicky Jam, among others. The documentary shows how the exact words that end up being the songs we hummed end up in the collaborations.

The artists communicate via Skype and even move to Shak’s famous studio to rehearse with her. Without a doubt, seeing them creating the collaboration is a gift.

6. This is how “incoformista” sees her team
The production also gives voice to his team that speaks of her as the “captain” of the ship, as the “machinist” of the trip, which takes care of absolutely everything and has created a family for it.

They say that he never complies with something mediocre and, although “not good with the changes”, he ends up accepting what he always feels best for the show.

In addition, everyone agrees that he has a gift in his ear, that he hears everything and manages to leave any perfect song by removing or putting sounds.

Did Drake offend Kylie Jenner in one of her songs?

Nolan wants to adapt his movies to video games