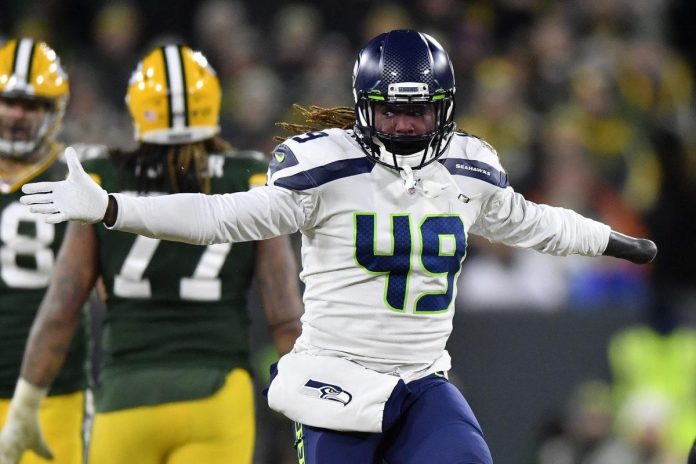 Few players in the history of the NFL have had to overcome as many personal obstacles as Shaquem Griffin. But after four years in the NFL, Griffin calls it a career.

In an article for the Players Tribune, Griffin announced his retirement from professional football. Griffin indicated that his plan for the future is to become a motivational speaker.

Honestly, it’s still a bit surreal. After everything I’ve been through in my life — all the hard work, all the doubts— it’s almost unthinkable that I’m giving it all up and walking away from playing football.

But I know what a positive influence I have on others. I speak at colleges and universities, talk to football teams, and even tell corporate America that I never doubt myself and relentlessly pursue my dreams. People in companies want to hear what I have to say, although in fact it is I who can learn a lot from them. This is crazy.

Griffin thanked his coaches, mentors and fans for giving him the chance. But his strongest message was for his twin brother, Jacksonville Jaguars quarterback Shaquille Griffin.

You’ve been covering for me since day one, bro. You never let anyone mess with me when we were kids. At UCF, when they invited you to stay and work, and they sent me home for the summer, and I worked two jobs towing cars and cleaning offices at a Chevy dealership, you called me every day to make sure I was still working and keeping my mind right. When I was cut, you stayed with me. Because I needed you. We always said, “We live with each other.” That won’t change. I’m still with you, I live with you every time you go out on the field.

Shakem Griffin was born with a congenital condition of the left hand, which eventually required amputation of the arm at the age of four.

But the disability did not prevent Griffin from playing sports, which allowed him to compete with his brother Shakil in football, athletics and baseball.

In the end, Griffin chose football as a college sport, earning UCF All-American honors. The Seattle Seahawks selected Griffin at number 141 in the fifth round of the 2018 NFL Draft.

In three seasons with the Seahawks, Griffin had 25 tackles and one sack.

Legendary MLB scout has died at the age of 87