Home Celebrity Shaq talks about the moment when he realized that he needed to... 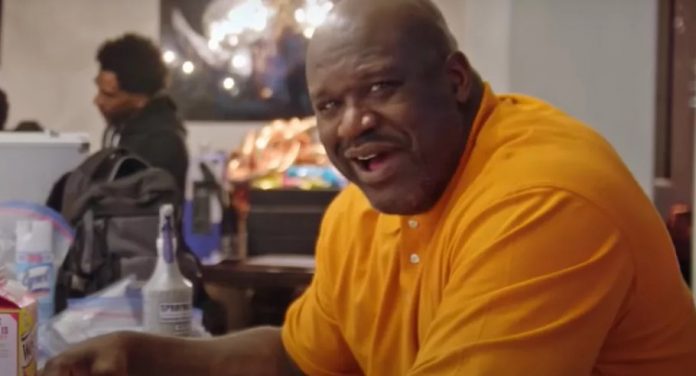 It goes without saying that in his prime, Shaquille O’Neal was the most dominant bigman in the NBA. Not only did he have incredible skills on the court, but he also built up significant muscle mass during his career. However, the body changes over time and, eventually, O’Neill began to realize that he was gaining weight. The star recently reflected that he knew when he needed to lose a few pounds, and, to no one’s surprise, his fellow basketball veteran Charles Barkley was involved.

Shaq retired from professional basketball in 2011 after playing 19 seasons in the NBA. Shortly after he hung up, the fan-favorite athlete joined TNT’s Inside the NBA program along with Ernie Johnson and Charles Barkley (who may be planning to retire soon). While Diesel seems to have been having fun during his time on the sports show, it was at this time that he realized he needed to lose weight. And, as a Hall of Fame member joked recently, he apparently felt extra motivation after seeing Barkley’s physique.:

“I like to create crazy motives. Because I was looking at myself, and I had the retirement body of Charles Barkley. And I didn’t want my belly to be above the waist. I have to go ahead and lose weight.”

Those who regularly watch Inside the NBA probably know that two former players like to make fun of each other. So Shaq’s not-so-subtle punch in “The Round Mound of Rebound” isn’t that surprising. This humorous aside, however, is good for the four-time NBA champion for realizing that he needs to make changes and get to work. During an interview with Logan Paul and company. on IMPAULSIVE, the former Los Angeles Lakers player revealed how much he has lost weight and why he is striving to lose a few more pounds:

“Now I have to match it. I weighed 401 pounds. Right now my weight is 365; I’m trying to get back to 345. I want muscles everywhere, and I want to star in an underwear commercial with my sons.”

It looks like Shaq wants to join the ranks of athletes like David Beckham, who starred in an underwear commercial. This is a lofty goal, but it can undoubtedly be achieved by a big man if he continues to make such progress. Although, even if he manages to advertise, I still see Charles Barkley finding a way to cast a shadow on him.

However, aside from his fitness goals and media efforts, Shaquille O’Neal has also spent his retirement doing random acts of kindness here and there. Earlier this year, while on a date, he paid the bill for the entire restaurant. He also donated money to families affected by the tragic mass shooting in Buffalo, New York, earlier this year. Shaq also taught a life lesson to a six-year-old before buying him a pair of shoes.

It’s been nice to see Shaq behave with such kindness over the years, and in return we can support him as he continues his fitness journey. We hope he gets the underwear ad he wants and that the always hysterical Charles Barkley won’t hit him too hard if that happens.

Joe Jonas and Sophie Turner’s Baby Could Be Born Sooner Than...