Home Tech Shady Knight, in the footsteps of Dark Messiah 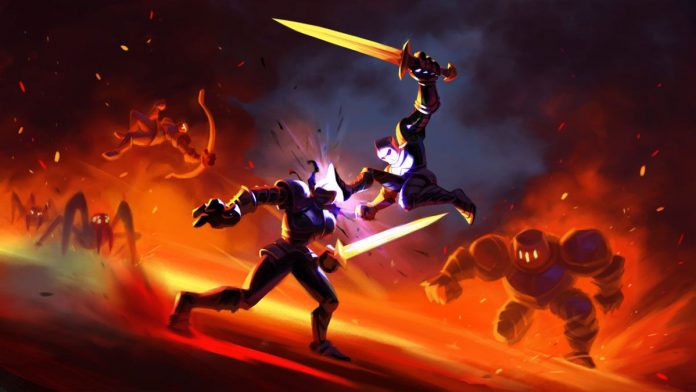 Yes, shooting is fun. Hitting an enemy in the head from hundreds of meters is impressive, a mix of skill, anticipation and pulse that culminates in a festive head bang shouting “headshoot”. But there is something even better: the satisfaction of a forceful kick that sends an enemy to certain death, either with a fall into the void or with a wall full of spikes. That’s what the players of Dark Messiah of Might & Magic discovered, one of the games that put Arkane on the map in her days before she was acquired by Bethesda and created Dishonored.

Without being a best-seller for everyone to play, Dark Messiah had the distinction of being a first-person game with a particular focus on melee and with a notable emphasis on what the physical engines of the time could do. The result was a fast and agile game, in which our powerful kick launched enemies several meters away and in which it was particularly satisfying to move fast to take out several enemies in a chain using the combination of physical blows, stealth and magic that the game allowed.

The pleasure of hand-to-hand combat

Shady Knight aims to want to be a distilled version of what Dark Messiah wanted to do, without artifice in the form of history (or budget) but taking into account the fundamentals: mobility, inertia, tempo and ability. The tutorial teaches us basic movements: jumping, hooking on the rings, climbing the ledges, climbing up chains, sliding on the ground or using kicks and weapons when available. A basic but complete set that allows us to climb the mysterious vertical tower in which we find ourselves. Once enemies in the form of spiders and dark knights begin to appear, we will begin to combine movement and our inertia with the physical engine of the game to try to dispatch the dangers in the fastest and most stylish way that our fingers allow us.

A style meter will measure our times and evaluate our ability to maintain our momentum, climbing sections of the tower as quickly as possible to find new enemies and be able to “keep the combo” and keep climbing in the score. It will also measure the variety of our movements, the amount of blows we can hit our enemies in mid-air or the way we dispatch them. If we just kick to throw enemies out of the tower, we can hardly raise our score (and it will not be as fun as when we try to take our times and way of doing things seriously).

Scientists Reveal the Key Features of the New Type of Coronavirus