Home Tech Shadows of Mordor, the Medium, and the dangerous 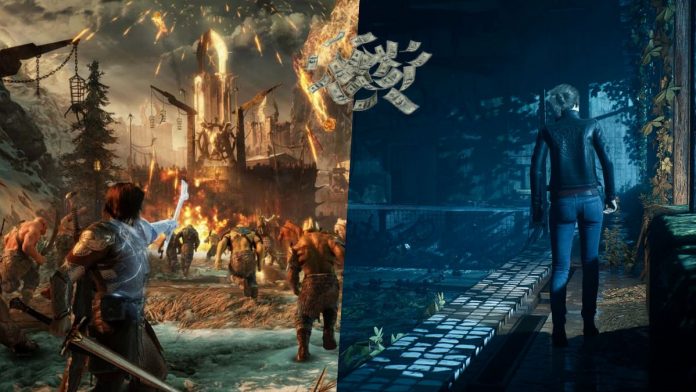 Warner Bros and Bloober Team requests have been approved, what will happen now to those using similar systems?

The Nemesis system, first introduced in Middle-earth: Shadow of Mordor and later in its sequel, Shadow of War, was an interesting innovation. When defeated by an enemy, he rises in the hierarchy and becomes stronger. In this way, when he meets our protagonist again, he remembers his previous confrontation (and makes fun of him). Assassin’s Creed Odyssey was clearly inspired by him to build his mercenary system, now defunct in Valhalla, the most recent installment. The news that has broken out in recent weeks is that Warner Bros has managed to patent the system in the United States, which leads to a question: What will happen if another game uses something similar?

Bloober Team, the team responsible for The Medium, has also executed a similar maneuver. Marianne walks through the corridors of an old hotel, when suddenly her being is split into two: the person of flesh and blood and her spiritual self. From that moment on, the player has the opportunity to manage both versions of the character in two universes at the same time. Now this feature is protected by a patent.

Josh Sawyer, a veteran developer at Obsidian Entertainment (Pillars of Eternity), has been one of the first to voice his opposition. “Warner Bros has patented the Nemesis system. What a pile of shit. ” The creative has defended that if someone is capable of improving a previous system he deserves an applause, savoring the honeys of victory. “If I ever try to legally protect a mechanic, I hope it will be executed by the scuba method,” he wrote on Twitter. The truth is that the path taken by Bloober Team and Warner Bros opens a scenario of uncertainty and questions.

What will happen if another game uses a similar mechanic?

Video games, like any artistic work, are not developed as autonomous entities, but in a context in which previous titles, contemporary trends and the cultural codes of the society that consumes them are taken into account. Good ideas are an opportunity for other studios to implement them in their titles, experiment with systems and give them their own particularities, that is, their trademark.

I put myself in a hypothetical scenario in which Warner Bros decides to denounce another developer considering that their patent has been infringed. It sounds so ridiculous that if it came true it would seem like a news item from El Mundo Today. And it is that Middle-earth: Shadow of Mordor may implement a fresh mechanic, which does not mean that much of its design is similar to that of many other open world games. In fact, I clearly remember that when it was announced there were not a few voices that brought out its resemblance to Assassin’s Creed. The newspaper library, which never deceives, reminds us that back in 2015, Charles Randall, the combat designer of the second installment of the Ubisoft game, was outraged that Middle-earth seemed plagiarized to him.

It is true that there is a fine line between inspiration and copying, but video games would not have advanced if the different studios had not taken ideas from the next door. By that rule of three, all first person shooters would have to pay id Software for every game of this style that comes out. Along the same lines, The Medium uses playable elements that have been seen a thousand times in graphic and narrative adventures, where the exploration of objects scattered on the stage prevails.