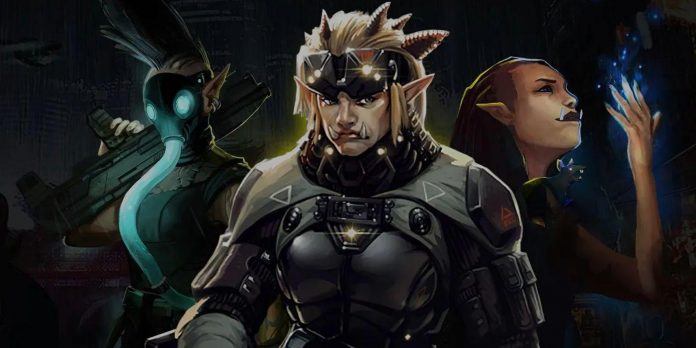 Shadowrun Trilogy: Console Edition will not change the opinion of many people about the excellent series of tactical RPGs from Harebrained Schemes and Paradox Interactive. There is very little here, except for the port itself, with the same quality of gameplay and exciting narrative that was present in 2015 — in particular, in Shadowrun Hong Kong, even more relevant today. However, for those who have never been able to play the series on PC, this is a must-have collection of greatness, albeit with some hitches.

For those unfamiliar, the Shadowrun trilogy follows 3 unique storylines that are not integral to each other, meaning that players can choose which one they want to develop based on the synopsis provided for each. Shadowrun Returns is a celebration of the most attractive qualities of the franchise, while Shadowrun Dragonfall digs a little deeper into some specific knowledge issues, and it gives a great effect. Of these three, Shadowrun Hong Kong is the best — a harsh story about class, power and fraying family ties, told in an always interesting version of Seattle, which has been home to so many wonderful Shadowrun stories.

Shadowrun Trilogy: Console Edition collects the three games in their best forms in terms of content, and the director’s version of Dragonfall and Hong Kong is available at no extra cost. We played the collection on the Nintendo Switch, which seemed the most natural home for the port, given the mobility the device offers, along with the somewhat older graphics that color the game world. For the most part, the isometric tactical displays in the game are well out of date — Shadowrun has never been dedicated to incredibly detailed character images, but rather was dedicated to atmosphere and aesthetics that can be expressed without problems on modern devices.

Shadowrun’s combat system is largely tactical, and positioning is paramount to victory. The diverse number of character builds in each game means that running them multiple times can feel like playing different games, especially because narrative decisions have to be made that affect what players see and achieve. The combat is as deep as ever, with multiple solutions for complex fights and great flexibility of character skills to help determine the optimal approach for a given player. It’s not flashy and may seem a bit dated compared to later space games like Pillars of Eternity II: Deadfire. Nevertheless, he does his job in a satisfactory manner.

If there is one serious drawback Shadowrun Trilogy: Console Edition is that it is about as unstable as an ambitious role-playing game for the PC of the mid-2010s, that is, it has a lot of minor failures, and sometimes serious ones. . We encountered early crashes or non-functional behavior back in the first chapter of Hong Kong, while some loading freezes led to long waits between plot bits. They are all familiar from the original versions of Shadowrun, which work well, but can be a bit finicky, and this persists here. Nothing really broke the game, but that means there is frustration with the game’s performance on the console, which is a bit disappointing considering the years in between that could have been used to solve this problem.

Does this mean that Shadowrun Trilogy: Console Edition is not so good? Not in the least. The strongest side of the collection and the best selling points of games individually — it all comes down to their beautiful narrative in the style of cyberpunk. There is no weak link among these three stories, and each story seems relevant today. Exploring hopelessness in the face of technological power or inequality among people born in different circumstances can sometimes be cruel, but Shadowrun is mostly about those who are unwillingly trying to regain it for themselves and others – an inspiring story, especially now. For this reason alone, games are worth playing, but tactical battles are still a draw, quenching the thirst for complex content with many useful Eureka moments for those who are ready to spend time in them. Shadowrun Trilogy: Console Edition is a decent port and a thought—provoking collection, so we strongly recommend it even in 2022.