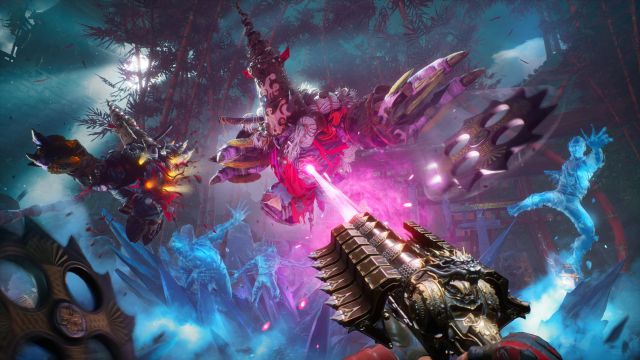 Shadow Warrior 3: The third installment in the FPS franchise, which will arrive sometime this year, boasts action in a new gameplay as part of E3 2021. Shadow Warrior 3 was being asked and it was during the conference at E3 2021 of Devolver Digital, a firm specialized in the edition of independent games, when it has decided to appear again to show off its main hallmark: the most unbridled action . Flying Wild Hog, the studio responsible for the game, shows us a new and intense two-minute gameplay in which we can learn about some of its scenarios and enemies that we will have to face. Thanks to the video you can get an idea about the arsenal that we will have to erase everything that moves from the map.

The franchise is characterized by its formula focused on the most frenetic action, in which there is no shortage of the countless hordes of enemies, the possibility of wielding weapons of all kinds and, of course, the amount of viscera scattered throughout the scenarios. The saga, which has two installments released to date, originally premiered in 1997.

Shadow Warrior 3 was announced in the summer of last year, and although few details are known about its history, Devolver Digital has already made it clear that everything revolves around a dangerous dragon, whose capture seems to be an obsession for former corporate lo Wang. and his former boss Orochi Zilla. Of course, during the journey in search of him there will be no shortage of demons, undead and large creatures … nor will there be shotguns, swords and crazy weapons.

Shadow Warrior 3 does not have a release date yet. The title, which is confirmed for PC, PS4, and Xbox One, will try to hit stores sometime in 2021.