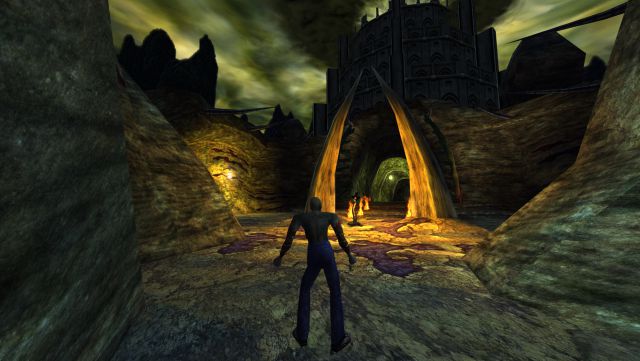 Shadow Man Remastered: We once again accompany Mike LeRoi on his journey through the Dead Zone. Acclaim’s horror adventure is back, and now it’s better than ever. Video game fans are living in a time when there is no time for boredom. On the one hand, the arrival of the new generation promises endless new projects that excite millions of users. On the other hand, the strong presence of remakes, remasters, compilations and reboots opens the door to a golden opportunity to discover -or re-enjoy- many of the classics that marked the path of the industry several decades ago.

Today we focus on a very special horror adventure that landed in 1999 on PC, Dreamcast, PlayStation and Nintendo 64: Shadow Man, the title of the defunct Acclaim. The game was born as an alternative to traditional survival horror and managed to establish itself as a three-dimensional metroidvania that left no one indifferent. On this occasion, it has been Nightdive Studios who offers us the possibility of playing it in a version that is vastly superior to the original work.

Lord of the Dead Zone

“Legion, because we are many”, is the statement with which a demon of unknown origin appears before Jack the Ripper himself in the depths of London’s subsoil. He does so while the Beethoven Moonlight Sonata envelops the scene in an atmosphere of torment and sadness. Legion’s interest in the well-known serial killer? Nothing more and nothing less than his knowledge of architecture; the plan is to carry out a sacrifice that allows him to cross the threshold into the world of the dead and build a gigantic cathedral called The Asylum there.

This place is a kind of conduit, designed so that demonic troops can access the world of the living and unleash Armageddon. In addition, Jack is not alone, as he is part of The Five, a group made up of serial killers who have already accepted the pact, in which no member is above another. Of course, our main amendment as the protagonist, Michael LeRoi, is to find a way to navigate between the two planes and put an end to Legion’s evil plan.

Lost in Random Shows Its Tim Burton-Style Universe In A New...