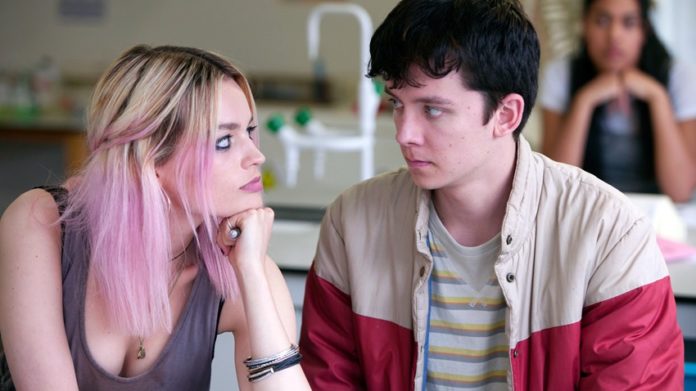 In a few days, Sex Education season 2 will arrive on Netflix. The creator of the series is already looking into season 3!

Sex Education fans will soon be able to see the episodes of season 2. It seems that Netflix is ​​already preparing a season 3! Please note, the article contains spoilers!

Several months ago, Netflix subscribers saw a new series around teens: Sex Education. In this series, Otis, a shy young man and Maeve set up a sex therapy office in their high school. However, over the episodes Maeve got closer to Otis to the point of falling in love with him. For his part, Otis has finally partnered with Ola.

Sex Education season 2 will take place on January 17 on Netflix. Thus, fans will be able to see the new episodes and review Otis, Maeve, Ola and Aimee. We already know that this season will highlight the love triangle around Otis, Maeve and Ola. Then, the school will be affected by chlamydia and Maeve and Otis will have to take matters into their own hands. Finally, new characters are expected in these episodes.

SEX EDUCATION: AN ALREADY PLANNED SEASON 3?
Fans can rest assured, Sex Education season 2 will not be the last. Indeed, it seems that Netflix wants to have a season 3. The creator, Laurie Nunn, admits to having already looked into the next episodes. “I started writing season 3. It’s a normal way of doing it because we work on a tight schedule,” she said in LADbible.

Laurie Nunn does not want to end Sex Education and she seems to have a lot more to say about the teens of Moordale. She loves being able to make a series that helps teens and that highlights several serious subjects. “I love to write them. It’s a big cast and I think the theme of the series, sex and love, offers endless opportunities, “she said. However, it will be necessary to wait until the end of next January to know if Netflix wants to continue the story of Otis and Maeve.

A better life: Baptiste sends a telegram to Alice!