Sex Education season 2: Maeve and Otis have they successfully returned? Our first impressions. Is Sex Education Season 2 As Good As The First? Our opinion on the first episodes.

That’s it ! After almost a year of waiting, Netflix unveiled season 2 of Sex Education this January 17 with eight new episodes … So, how was this return to high school in Moordale for our British heroes? Does the series still appeal as much?

We immediately deliver our first impressions WITHOUT real spoilers! As everyone knows, Maeve got kicked out of high school and Otis had to start this new year without her, having even chosen to abandon the small dates of the illegal sexual clinic.

The problem is that he quickly had to return to his first love when an epidemic of chlamydia spread between high school students … If Eric then played the replacements by partnering with his best friend, Maeve finally managed to regain its place thanks to a superb stratagem, enough to allow everyone, and quickly enough, to find this fused duo. Because we are not going to lie, even if Otis is now in a relationship with Ola, we find that he would really be better with Maeve …

Moreover, the relationship of Ola and Otis takes a new turn in this season 2 of Sex Education since their respective parents, Jakob and Jean, are now also in a relationship. The little “family” offers us new hilarious scenes and funny situations to say the least, just like Otis’ mother who continues to excel in the sexual advice she gives to her clients and students. 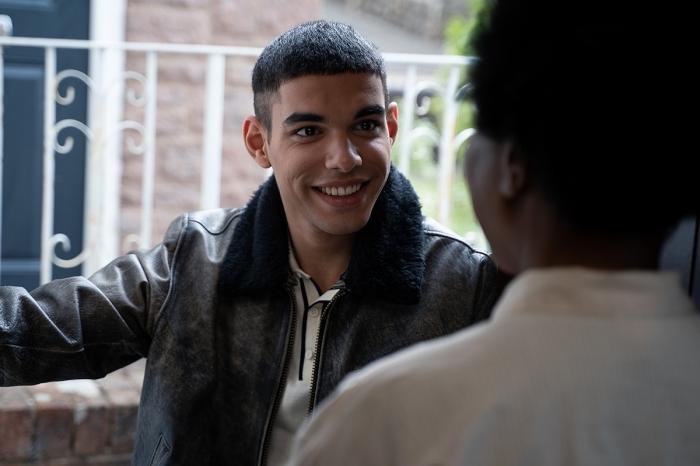 If there is also a relationship that we love to rediscover over the episodes of the Netflix series, it is that of Maeve and Aimee. Their friendship is truly sincere and both are united around a touching and topical intrigue, concerning sexual harassment.

We also highlight the arrival of the character of Rahim (Sami Outalbali) a little Frenchie arriving in Moordale, who comes to turn Eric’s life upside down, although he still has feelings for Adam, in military school. The young man brings a new breath to the series and we also get attached to him very quickly.

But what we especially like in this season 2 of Sex Education are the subjects discussed. As in the first episodes, the series breaks down all taboos on sexuality, STIs, illnesses, homosexuality, harassment and sexual assault and many other subjects.

The speeches are always as interesting and well founded and deliver a real message to everyone, whether we have experience in the matter or not. The strong point of Sex Education is to succeed in tackling important but sometimes somewhat embarrassing social themes, by managing to put everyone at ease.

Our verdict is therefore positive: We still love Maeve, Otis, Eric and all the other characters. We love the values ​​that the Netflix series advocates, and also the fact that it always does so with a tone of humor. No doubt, this is the perfect binge-watcher program this weekend! It only remains to know if we will have the right to a season 3 of Sex Education, but the designer is already working on it anyway.

How Can I Make Money With Ethereum (ETH)?

J-Hope: When will you enlist for military service?

Is The Next Stop Of Bitcoin 5 thousand 200 Dollars?

Coronavirus, Can Be Transmitted To Someone Else With Fart?

The Boys: Jensen Ackles character will have changes