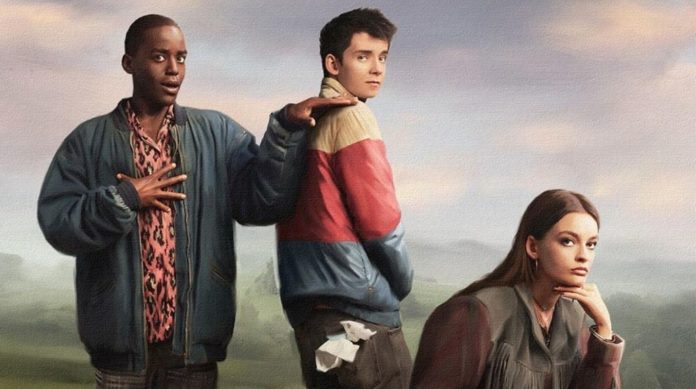 “Sex Education” arrives for the second time on the Netflix platform, one year after the premiere of its first season; After the great reception it had from the public, the production decided to launch this second part. YASS!

Otis’ mother, Jean Milburn (Gillian Anderson) joins the school where her son studies, will be the one who dedicates himself to giving the consultants to the students, regarding sexual issues, a situation that in some way or another, will affect our protagonist.

Maeve will have to welcome her mother, and the institute suffers from a sudden outbreak of chlamydia. Otis discovers that the girl he is walking with is his half-sister and Eric is about to experience a relationship with an attractive Frenchman who has come to school.

Everything starts to become a mess, especially when Maeve and Otis begin to discover that there is something bigger between them, and come back together to do what initially united them. The second season of Sex Education will be released on January 17 on Netflix.

Are you going to miss it?