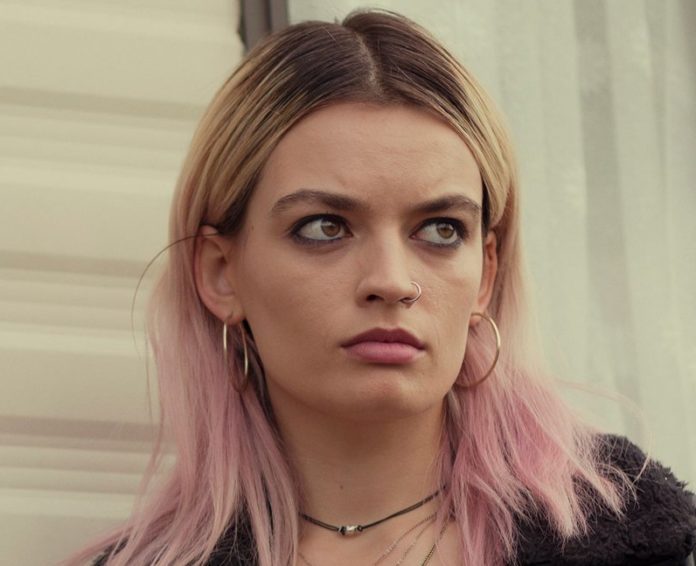 The main actress of the Netflix Sex Education series, Emma Mackey is now a heart to take. She broke up with her boy friend!

A year ago, series lovers discovered Sex Education! The British-American series had then met with great success. And for good reason, nothing like this had been done before. And this success is partly due to lead actress Emma Mackey. The latter appealed to everyone!

After a year of waiting, spectators can discover Season 2 of Sex Education. Indeed, Netflix announced the good news for January 17. Fans were able to get attached to the different characters during the eight episodes. Including the character of Maeve played by Emma Mackey.

This 23-year-old Franco-British had caused a sensation under her punk air. In addition to the fans, Otis was the other main character who fell in love. We are now dying of impatience to know if something will take place between the two characters.

SEX EDUCATION: EMMA MACKEY (MAEVE) IS SINGLE!
In real life, the Sex Education actress was far from her character. Indeed, in reality it sports a much wiser look. And in love she also spun perfect love with Dan Whitlam. A story that is no more, since the star ended it recently.

The Sex Education star went out for almost three years with her ex. And the latter had everything to please! He was also an actor, notably in the theater. The beautiful announced the news during her interview for the newspaper Liberation.

It is now alone with a second season of Sex Education that she begins then this year 2020. And we are sure that the latter will only prove her acting talent. We do not worry about the beautiful. She will soon find love again. And to find out if it’s near Otis, see you on January 17th!

The fact that the ceiling is made entirely of flowers definitely outweighs the fact that this was taken in the loo right? Cool yeah that's what I thought. Happy Valentine's Day mon amour ♥️