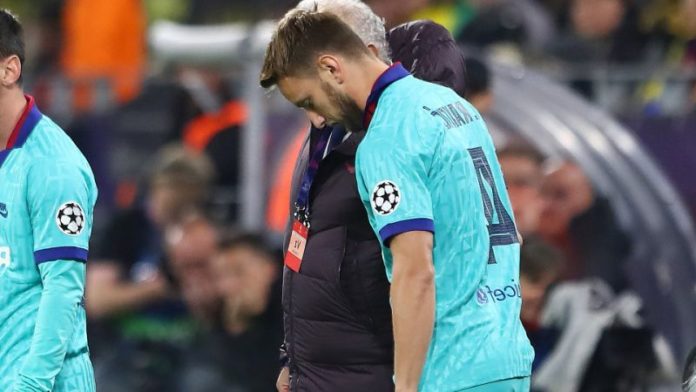 Ivan Rakitic is one of the most succulent names in the transfer market. The one that until just a few months ago was one of the pillars of Ernesto Valverde at FC Barcelona has seen how his role has been substantially reduced.

Rakitic has played 11 games this season, 8 of them in the League and the remaining 3 in the Champions League. However, of these meetings, on one occasion he started.

It was in the match against Granada, where the Catalan team was defeated by two goals to zero. Since then, the bench has been a more than usual place for a pillar for both Luis Enrique and Valverde.

That is why the rumors of his departure are constant. The last club that could join the fight to gain the services of a Rakitic clearly unhappy is his former team, Sevilla.

In Sevilla, Rakitic played 149 games and won a Europa League in the almost 5 years he was in the Sevillian city. Now, Sevilla’s sports director, Monchi, has ruled on a possible return of Rakitic.

“I do not know what will happen in many years. Now he has a difficult time because he has a contract with FC Barcelona. At some point, hey. Like Dani Alves, they are players who have not lost their love for the club but right now I think it’s implantable, “he says on Canal Sur Radio.