Home Entertainment Severance: Exploring the Impact of the show on this Internet Crypto-Paste 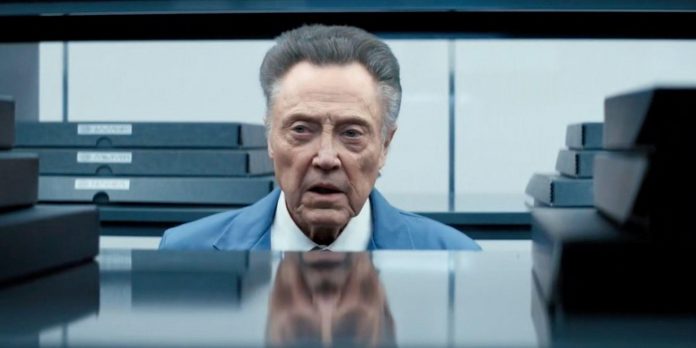 It’s remarkable how a single grain of a concept can spawn a zeitgeist of art or entertainment. Such is the case with the unique series on Apple TV +, Severence. The show, nominated for 14 Emmys, is a wondrous yet unsettling trip into the unknown, gripping viewers with its distinct blend of drama, surreal sci-fi, black comedy, and psychological horror. Creator Dan Erickson artfully presents a tale of inner conflict and nefarious corporate dealings, obscured by secrecy — and compartmentalized memories.

Viewers follow troubled leads Mark (Adam Scott) and Helly (Britt Lower), and their “Macrodata Refinement” coworkers through the offices of Lumon Industries. This prominent mega-corp occupies a huge building rife with bright lights, bland shades of beige, and rigid, power-hungry managers roaming about. A strange revelation seems to wait around almost every corner. What does Macrodata Refinement’s number-arranging achieve? What sort of dealings take place here, and why are they so sensitive that workers must separate work and non-work memories?

And how can anyone manage to navigate Lumon HQ, which is wrought with vacant spaces and mazes of unmarked hallways? This is where an aforementioned grain of Severence’s influences comes into play — a popular internet urban legend, or ‘Creepypasta’ called The Backrooms.

Severance was inspired by a range of sources, stemming initially from writer and showrunner Erickson’s desire to “disassociate from the next eight hours [from his small, windowless office job],” as he explains in an interview with Inverse. The show is an amalgamation of diverse influences, including The Truman Show and The Stanley Parable, as well as the office comedy Office Space. Still, as confirmed by Erickson in the same interview, it’s the Creepypasta that serves as the main source for Severence’s staging, and its uneasy vibe of aimlessness and confinement.

What Are The Backrooms?

As it happens, The Backrooms was itself inspired by a simple source: a single image posted to the message board 4chan in 2019. The picture, which shows a bland, empty web of open office spaces at a slight angle, was posted following a call for “disquieting, cursed images that felt off.”

Following the anonymous user’s image, another contributor replied with this snippet, serving as a brief narrative related to the image:

“If you’re not careful and you noclip out of reality in the wrong areas, you’ll end up in the Backrooms, where it’s nothing but the stink of old moist carpet, the madness of mono-yellow, the endless background noise of fluorescent lights at maximum hum-buzz, and approximately six hundred million square miles of randomly segmented empty rooms to be trapped in.

God save you if you hear something wandering around nearby, because it sure as hell has heard you.”

These nuggets of source material served as the foundation from which a whole mythos of spooky, suspense-laden tales would be crafted. Writers and videographers have contributed their own Backrooms interpretations, building on the initial concept of an endless, vacant maze of office spaces. Among the originators and best-known Backrooms tales are those found on the Creepypasta wiki, as well as a more involved rendition posted on Reddit. The stories and mythos have grown increasingly in-depth, with creators adding their own details such as distinct office levels.

Given The Backrooms’ creative potential, it’s perhaps no surprise that expanded material continues to be released. This spans from short films, narrations, and “found footage” on Youtube, to amusing memes, to Minecraft mods — and even games revolving around the premise. These stories each invoke their own sense of creepiness and wonder.

While these renditions vary quite a bit, The Backrooms lore is tied together by a few key elements. The protagonist — and thus the reader or viewer —is dropped into a strange realm of countless empty office rooms, halls, and lobbies with few or no distinguishing features. Their perilous, seemingly hopeless, journey to escape begins after falling through a wall or floor, into a setting that is both recognizable and surreal. While trying to get out, they must usually also contend with humanoid or monstrous threats called “Entities.”

How The Backrooms Inspired Severance

Creepypasta’s unsettling aura largely comes from the juxtaposition of a familiarly safe and an eerily foreign feeling, brought on by the confusing, vague indoor settings. This is partly related to a concept that The Backrooms and Severance both play with, known as liminality. This term refers to the notion that people tend to feel uncomfortable when in a lengthy transitionary or intermediate state. It can apply to the physical, metaphorical, or emotional. Human beings have a desire to get settled and accustomed to a given state, and this constant passage — traveling absent of a destination or resting place — breaches this feeling of equilibrium and order.

It’s perhaps not coincidental that the word liminality stems from “limen,” which sounds curiously similar to the corporation in Severance. It’s fitting, given that the word refers to a starting point of a certain physiological or psychological effect. This is precisely what happens with the Severed minds of its employees, as the memories of their work-selves or “Innies” begin (and end) within the walls of Lumon.

Of course, the influence of this creepypasta can be seen on a visual level as well as a conceptual one. After all, The Backrooms paints the picture of flickering and humming fluorescent lights, white tile flooring, beige-painted walls, and bare office spaces — most of which are abundant in Severance.

The show conveys the Creepypasta’s essence minutes into the first episode, as it shows Mark switch on to his Lumon brain and prepare for work. This is established as Mark strolls down a series of bare, unmarked hallways, making several turns in either direction until finally settling into his quaint office. One can’t help but wonder, how does he know where he’s going?

Even within the Macrodata Refinement department, some uneasiness lingers. The office presents a feeling of calmness and familiarity, resembling a typical corporate room of bright lights and green, yellow, and white color schemes. But this is juxtaposed with oddities like the 70s-era computers, the strange, unknown nature of their number-shuffling, and the room’s generally cold, lifeless vibe. Again, this all feels partly familiar — but something is off. We, the viewers, are eager to get a clearer picture as to what’s going on as the Refiners work. But their (rare) ventures across the hallways and into other departments usually just bring more curiosities. Much like The Backrooms, viewers get an unsettling feeling brought upon by this office maze full of secrets and shifting elements around every turn.

The influence comes through in more nuanced ways as well. There are parallels of the dangers and “Entities” lurking in unknown spots of The Backrooms through Lumon’s watchful management — and even the crying baby goats Mark and Helly stumble upon. There is also a mix of unique department divisions, “safe areas,” and floors at Lumon; elements that mirror some of Backroom’s “level” system.

A major motif of The Backrooms is the sense that its occupant will never find a way out. This can be taken, of course, on a physical level (Lumon), but also a mental one (the mind-segmenting “Severence” program). As one attempts to navigate the vague, unmarked areas of The Backrooms, the feeling of dread increases as they cannot locate or clear an escape. Creepypasta.fandom.com’s Backrooms tale contains lines like “was this my permanent location until I died?” These thoughts would almost surely describe the sentiments of some Lumon employees, but particularly the rebel Helly, who tries (and fails) to break from her confinement as a new employee. At one point, Helly tries to physically leave the offices, only to find herself unwittingly walk right back into the hall she just left. Indeed, within the minds of Lumon’s “Innies,” they are stuck here forever. These versions don’t know or recall any life outside these walls. In this sense, Severance captures this feeling of seemingly hopeless confinement.

There’s no telling where this wild ride will lead, how much will be revealed, or how deep this rabbit hole goes. In any case, viewers look forward to learning more and exploring the unfolding lore of this mind-bending tale. While there will almost surely be unanswered questions for some time, it’s this expansive mythos — and the secrets they hold — that invoke the imagination, and make both The Backrooms and Severance so alluring.

Greyhill’s Incident with the Alien Horror Game Looks Like Signs of...