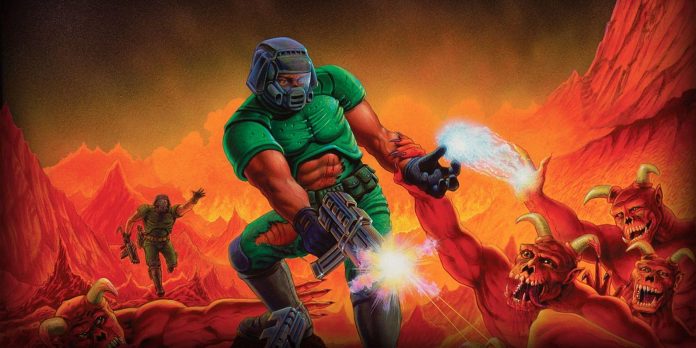 Doom may be one of the most influential games of all time. And while Bethesda and id Software have had huge success with the 2016 reboot and 2020’s Doom Eternal, some fans may still enjoy a trip to the early days of the franchise.

Recently, Id decided to simplify this process a bit by combining several versions of Doom games on Steam. These include combining different versions and add-ons for Doom 2 and Doom 3 into single Steam lists. The developer is also making several other changes to his old Steam games.

As the studio explained in yesterday’s blog post, the id Software library dates back several decades and includes several iterations of different games. This can confuse customers, as the Steam id lists include several games with very similar names. Id decided to simplify this system by combining several lists, renaming some, eliminating others and creating three new Steam packages. These changes came into force on August 10.

One of the most minor but still useful changes is id’s decision to rename Ultimate Doom to Doom (1993). Meanwhile, Doom 2 now comes along with Final Doom, Doom 2 Enhanced and Master Levels as one installation. Each game still runs separately, but players will be able to buy and download them in one package. Meanwhile, Doom 3 now comes with the Resurrection of Evil expansion and Doom 3: BFG Edition 2012, although they still require a separate download. In addition, players who own Doom 3: BFG Edition will receive an upgrade to the new Doom 3 kit.

The developer is also redesigning their Steam bundles, replacing the Doom Classic Complete Bundle with the Doom Classic bundle. This kit costs $18.71 and includes Doom (1993), Doom 2, Doom 3 and Doom 64. Gamers can also get a new Doom Franchise Bundle, which includes all the games of the Doom franchise, including Doom (2016) and Doom Eternal. . Finally, the new Quake Collection kit costs $41.20 and contains Quake, Quake 2, Quake 3 Arena, Quake Live and Quake 4.

Note that the changes mean that id has also excluded several games from the list. This includes all game variants and add-ons combined with their parent games, as well as demos for Quake 2, Quake 3 Arena and Quake 3 Team Arena. These games will remain in the Steam libraries of players, but id has removed them from the Steam store. We hope that these changes will make it easier for users to navigate the id lists on Steam.

The head of Xbox Phil Spencer wrote a letter to Jim...