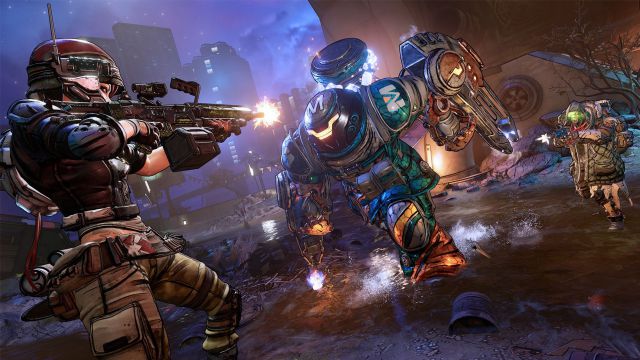 Borderlands 3: Randy Pitchford, head of the study, has confirmed that the exit has been on good terms and that it will not affect the new project.Axios Gaming has published a story revealing the departure of six key members of Gearbox Software, the studio responsible for Borderlands 3. The reason for this march has not been officially revealed, although they will all come together to develop a new independent video game. According to this medium, the marches were reported two weeks ago. The source claims that they were working on a project that was in pre-production, so the company has already begun to rebuild the team.

They all had positions of responsibility within the organization chart of the study: they are the following developers:

Randy Pitchford, CEO of Gearbox, has informed Axios that the developers have left on good terms. “Before their transition, the group was part of a team [working on a project] not announced in pre-production. Your goodbye will have minimal effect on our current plans, ”he says. “Our majority attention is currently devoted to finalizing [Tiny Tina’s] Wonderlands,” a video game that is already “in the right direction.”

Another source has told Axios that the departure of some of the members of the old guard will allow “new blood” to enter the project that they have orphaned, so there is also enthusiasm among the other members of the team. On the other hand, Danny Hoffman, writer of Borderlands 3, left Gearbox in May to join Respawn Entertainment, the studio behind Apex Legends and Star Wars Jedi: Fallen Order.

Borderlands 3 was released in 2019 and is currently available for PS4, PS5, Xbox One, Xbox Series X, Xbox Series S, PC, and Google Stadia. During these years it has received free and paid content, which has expanded the gaming experience.

Peaky Blinders: 10 Films and Series in Which The Cast Has...