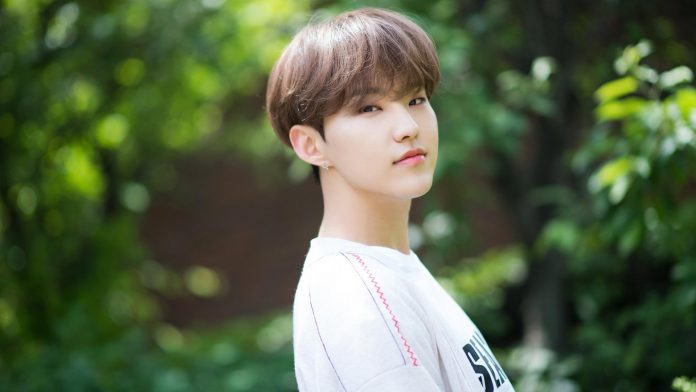 The SEVENTEEN member will premiere the group’s first music project with his solo work this spring. SEVENTEEN’s Hoshi will be making his debut solo with “Spider,” his mixtape. The first teaser has already been revealed and Carat can’t wait to hear their songs.

The K-pop group the agency Pledis Entertainment has started his musical developments of 2021. On April, the boys will perform at the Ellen DeGeneres Show to present their single “HIT”. Hoshi will be in charge of launching the new musical project of the year, we will tell you all the details.

Through SEVENTEEN’s official social media , Hoshi revealed the first teaser for “Spider,” his mixtape.debut and is scheduled to premiere on April 2. The number of songs is not yet revealed, but it could be a digital album composed and produced by the idol, who is characterized as part of the Performance subunit.

Since its debut, the K-pop group has distinguished itself by writing its songs and being the authors of most of its hits. From dance, singing, rap and music, SEVENTEEN is qualified as a complete group thanks to the fact that they handle themselves in other areas.

HOSHI TO DEBUT AS A SOLOIST WITH SPIDER

The teaser of the mixtape Hoshi shows a kind of minimalist chandelier in black color on a white background. Carat shared various messages of support and congratulations for the idol, as they praised his talents as a producer and songwriter. They also hope that he will manage to combine dance and rap with his solo music, since he is the creator of the group’s choreography.

According to fans, Hoshi shared what could be a preview of his debut solo a long time ago , a video shows a song that combines the sound of synthesizers with a catchy mix of raps.

It is not known how many tracks it will include, but they promise to be a success when knowing Hoshi’s skills . Carat hopes that he will be able to promote at music shows and release an MV for the title track of his mixtape. SEVENTEEN is also scheduled to make their Japanese comeback very soon.

This mixtape excited Carat as idols are known for their talents in songwriting.

Core: this is the video game multiverse that allows you to create