Home Entertainment SEVENTEEN: The Meaning Behind The Band’s Logo 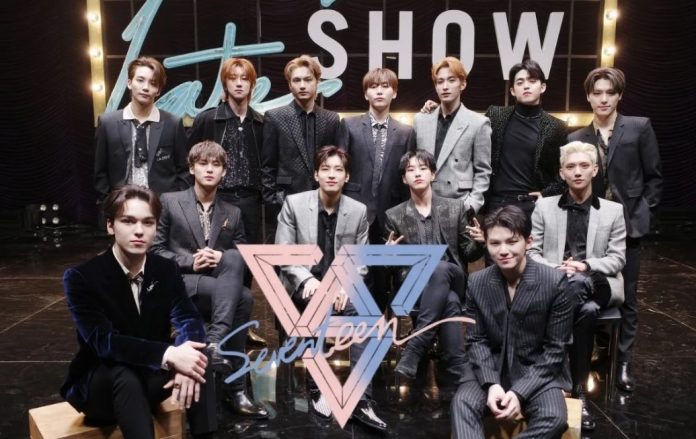 Many bands have a logo that suits their various concepts, do you know the SEVENTEEN logo? SEVENTEEN has different ways of identifying itself, either with its name, abbreviations, official colors, or logo, we can find it easily, do you know what the meaning of its logo is?

Many K-Pop bands have their own logo and it serves to be able to identify them more easily or even as an abbreviation or representation of the full name of the band, there is the merch that fandoms can use with an icon of their favorite band and thus carry everywhere to your favorite group.

SEVENTEEN is a very popular band, their CARAT fandom spreads all over the world and every fan loves, supports, and admires their favorite SVT idols without limits; in addition to always proudly wearing the colors of the group, logos, and other goods that represent the boy band.

Do you know the SEVENTEEN logo? It could even be inspired by something very old, and it also contains some important messages for the band.

WHAT DOES THE SEVENTEEN LOGO MEAN?

SEVENTEEN has a logo that looks like a triquel, a sacred and magical symbol of Celtic culture that represented learning as well as the past, present, and future; always three aspects in life that are usually of great importance for the human being.

Previously SVT had a simpler logo, but actually the new joint to this 3 times, we can also find the letters ‘S’ and ‘V’ inside the logo and this combination of 3 could refer to the 3 subunits that make up the K-Pop group.

Although SEVENTEEN has never explained their logo in detail, or who created it, it is CARAT who has tried to explain this icon that the band usually uses and which they do not stop wearing with pride as they are loyal fanbase of the band.

SVT has its official colors, do you already know them? They are very beautiful and CARAT always uses them as well, as well as their logo.

Epic Games has already planned a lawsuit against Apple and Google...