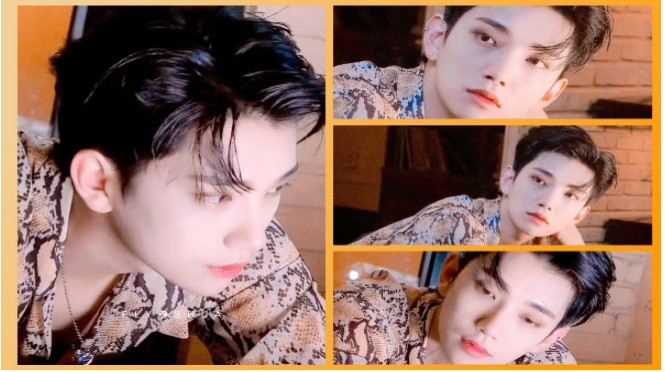 SEVENTEEN is full of talented guys and one of them is Joshua who not only enchants CARAT with his greatest talents, but also with his great personality and charisma, learn more about this idol.

Joshua Hong of SEVENTEEN was born on December 30, 1995, in Los Angeles, California, United States, he is an only child and his parents are from Korea; This idol is part of the Vocal Team of his K-Pop group, since he specializes in singing.

But Joshua has also served as a dancer, writer and composer at SVT, letting us see more of his great artistic abilities and giving everything to enchant CARAT with his songs alongside his sub-unit or with Vernon, who is also part of the American line. of the boy band.

To celebrate Hong Jisoo’s birthday, CARAT has prepared many amazing projects and also his groupmates are already congratulating him on Weverse and Instagram, for example; Fans from all over the world make this a more special day for the idol.

And if you want to know more about him and also celebrate him in a big way, here are some fun facts to learn more about Joshua, his great work with SEVENTEEN and more about his personality.

What does Joshua like to do in his spare time?

Joshua enjoys a myriad of hobbies that he has shared with CARAT, the SVT idol likes to read, play the guitar, watch movies, make bracelets, take photos, exercise and make crafts with ceramics or other materials; he has many activities to do in his spare time.

Who is Joshua’s best friend on SEVENTEEN?

Although all the members of SEVENTEEN have a nice relationship and get along very well, there is no doubt that Joshua’s best friend within the group is Jeonghan, another amazing singer, since they started as trainees, since they both entered Pledis at the same time. and that united them a lot; We’ll never forget when Han wanted to quit before debuting and Shua told him, ‘If you quit, I’ll do it too’ <3 awww!

What is Joshua’s favorite anime?

Joshua is a big fan of anime and his favorites are One Piece, Naruto and Bleach, this is also another of the idol’s tastes, enjoying Japanese animation is also part of his hobbies.

How many languages ​​does Joshua from SEVENTEEN speak?

Joshua has said that he can speak 5 languages, OMG, English is his native language, he learned Korean at home with his parents and perfected it a little more when he arrived in Korea; He also knows a bit of Japanese, Chinese and even Spanish, he has a talent for languages.

Joshua saying some words and phrases in Spanish | Twitter: @Bunny_Hannie

What is Joshua’s MBTI personality?

ENFJ is the personality of Joshua from SEVENTEEN, the idol has different characteristics of this MBTI personality type, such as being good to humanity, having a brilliant charisma that manages to convince many by being very eloquent.

Why is Joshua called Gentle Sexy?

SEVENTEEN’s Joshua is called Gentle Sexy because he doesn’t get angry easily and speaks with a soft and kind voice, he always behaves with good manners; Although some dynamics of Going Seventeen have shown us another facet of him, definitely Shua is a true gentleman.

This is Hong Jisoo or Joshua Hong’s 26th birthday <3 And now you know a little more about him, his personality, and more fun facts to celebrate.

Bang Yongguk Ready to Race in the Comeback MV ‘RACE’

Emily Ratajkowski: her jealous fans clash heavily with her husband!