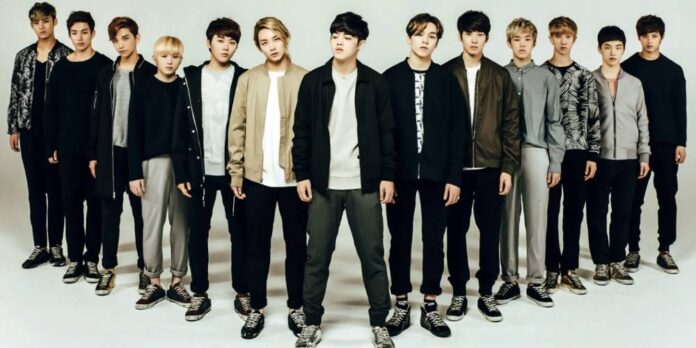 SEVENTEEN is preparing for the premiere of their seventh album ‘Heng: garæ’. SEVENTEEN premiered the official teaser for the music video for ‘Left & Right’, their next comeback.

The members of SEVENTEEN in this last year have concentrated on planning new projects for CARAT , such as their YouTube documentary series called ‘Hit The Road’ and now with their next musical return.

The boys of the group constantly reveal new details of their seventh album ‘Heng: garae, Journey of Youth’, which will be released on June 22 , as part of the previews, on June 11 SEVENTEEN presented ‘My My’, a Official video of the B-Side track for your comeback.

SEVENTEEN’s ‘My My’ clip , posted on the Big Hit Labels YouTube channel , has so far more than 8 million views and over 132,000 comments supporting the group.

SEVENTEEN’s boys explained the title of their album and revealed that ‘Heng: garae’ is an expression commonly used to describe when a group of people throw someone else into the air.

The title track of the disco material ‘Heng: garae, Journey of Youth’ is ‘Left & Right’ and the guys from SEVENTEEN shared the first preview of this track that reflects the whole concept and personality of the K-pop band.

In teaser number 1 of ‘Left & Right’, the guys from SEVENTEEN find themselves in a dilemma, they don’t know if going the path on the right or on the left, the road and traffic signs confuse the idols.

The official video for the tune ‘Left & Right’ and the full album of ‘Heng: garae, Journey of Youth ‘ by the SEVENTEEN boys will be released on June 22 on all music platforms.

Watch the video teaser of the song ‘Left & Right’ of SEVENTEEN:

The idols of the group have worked a lot for this musical return with the record material of ‘ Heng: garæ’ , SEVENTEEN revealed some other details of its release and the special dates of this comeback.