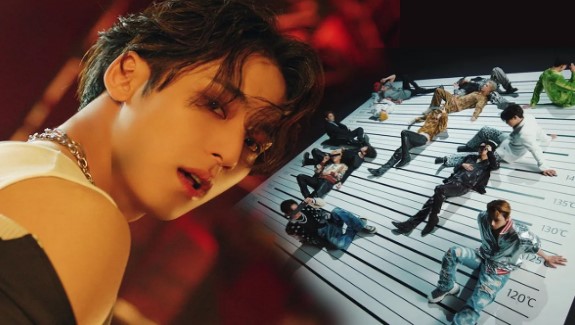 The boys of SEVENTEEN surprised CARAT with the new images of their video for this comeback, Hot is about to debut on music platforms and here you can see some previews of the clip.

During the last few months, SEVENTEEN has kept their fans busy with different projects and the best thing is that the surprises continue. With the group only days away with more music and a long-awaited album, HOT is wowing fans.

The new record material of the Pledis Entertainment K-Pop band is called Face The Sun and HOT will be its promotional single, so we can expect a lot from this tune starting with its music video.

Since the premiere is just around the corner, you can already see new previews starring the members of SEVENTEEN for Hot’s MV, here you will find the details.

SEVENTEEN MAKES THE ENGINES SOUND IN HOT, THIS WILL BE THEIR NEW MV

The clip begins in a night scene that is illuminated with warm lights and fire in different places. The music carries the energy to accompany this place as we see the idols of SEVENTEEN surrounded by attractive cars, motorcycles, and more.

Brief choreography shots are part of the HOT teaser and for the perfect closing a part of the choir of this song was included, are you ready for the official premiere?

FACE THE SUN: GET READY FOR SEVENTEEN’S COMEBACK, ALL ABOUT ITS PREMIERE

SEVENTEEN’s new album that bears the name of Face The Sun will be released on May 27, the day Hot’s MV will also be released so you can enjoy it and watch it as many times as you want.

The record material will include a total of 9 melodies including March, Domino, Don Quixote, If You Leave Me, Shadow and more.

We also told you that TWICE’s Nayeon will have her solo debut and his album is sweeping pre-orders.