Rumors about the seven-seat Tesla Model Y were raised before the official announcement. Finally, the expected statement on the subject came from Tesla CEO Elon Musk. Musk announced that a seven-seat version of the Model Y will be on the road soon.

For those looking for more passenger-carrying capacity in Tesla’s small electric SUV, the wheels will soon be spinning. Shipments of the first Model Y with seven seats will begin in December.

According to the news of the Car and Driver website, an extra $ 3,000 is required when selecting the seven-seat version of the Model Y on Tesla’s website. For the delivery of this car, 2021 is indicated. Model Y sells for just under $ 50,000. 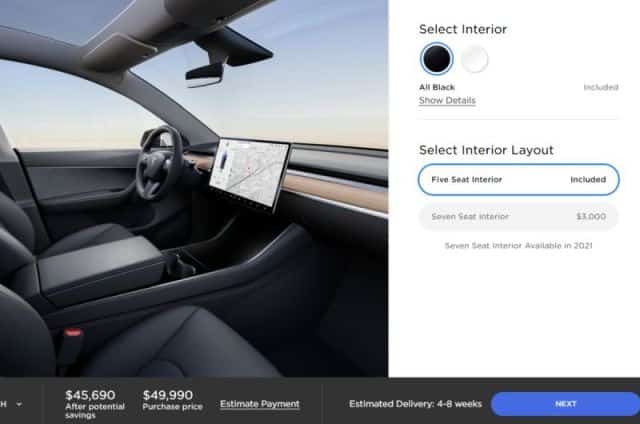 It is also rumored that Tesla is planning to release a more affordable version of the Model Y. Musk had given some tips on this issue before. The Twitter user with the nickname “@greentheonly”, who has detailed information about Tesla, gave “Details about other changes?” 🙂 “The answer shows that Tesla is planning other innovations.

Tesla Model Y was introduced in 2019. Deliveries of the car started last March.

Last minute … Big bang in the capital of Lebanon!

Dreamy Images of Bugatti’s 250th Chiron Car to Be Displayed in...

Johnny Depp Can Bring Life To The Joker Character In The...

DragonEx has stopped withdrawing money, it may close

News from The Flash, Titans and Gotham PD