Home Entertainment Seulgi from Red Velvet was criticized for participating in the “28 Reasons”... 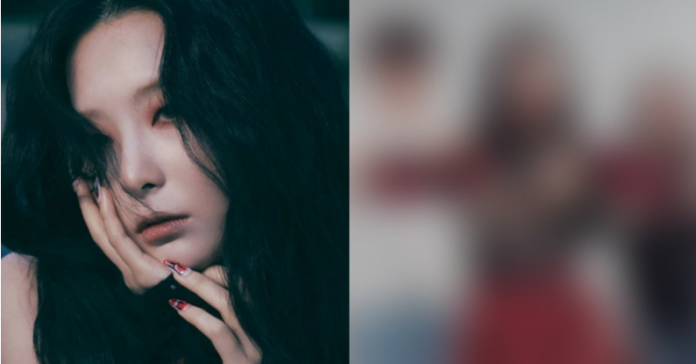 Recently, Red Velvet’s Seulgi uploaded a challenge to TikTok for her solo debut single “28 Reasons” with these two SM Entertainment artists. However, after uploading the video, she was criticized for being filmed with her label colleagues. Keep reading to find out all the details.

On October 4, Seulgi, a member of Red Velvet, made her solo debut with the mini-album “28 Reasons” and the single of the same name. Seulgi starred in the “28 Reasons” contest with several idols to promote her debut.

On September 10, Seulgi filmed a TikTok video challenge with her SM Entertainment label colleagues, Yunho from TVXQ and Irene, who is also from Red Velvet.

After the challenge was published, the user turned to Pann Nate to post a message under the heading “Seulgi seems tactless.” In addition, the user shared a screenshot from the TikTok challenge and called Yunho a criminal, and Irene – cool.

They asked how Seulgi could cooperate with the “criminal” and dance happily with him. They argued that instead of dancing Seulgi, they should reflect.

Internet users flocked to the post, agreeing with the original poster. Many were particularly upset by Yunho’s appearance, saying that Yunho’s image was ruined after visiting a bar after hours and violating COVID-19 restrictions in 2021.

Many criticized Seulgi for acting with him, and some suggested that she was asked to act with him so that he could continue his career.

“No, but what was she thinking when she filmed it… But why would she shoot something with Yunho?”

“They really tried to use it to clean up their image in SM. But besides Irene, why would Seulgi take something off Yunho?”

“No, but no one would say anything if she filmed Yunho and Irene separately, but the fact that she brought them both is fucking funny.”

What do you think about the situation? Tell us in the comments below!

On October 4, Seulgi made her solo debut on October 4 with the EP “28 Reasons” and the single of the same name. On that day, Hanteo Chart announced that 143,682 copies of the album had been sold on the first day of its release.

Lady Dimitrescu Arrives In Skyrim Thanks To A Mod